Catalog accompanying the "Guerillas" exhibition, which took place in the Arsenal Municipal Gallery in Poznan on 13.05-12.06.2011.

„Opposite her eyes there shone in the darkness other eyes, so frighteningly white […] that her sixteen-year-old soul, which had until then not experienced fear, was all of a sudden overpowered by a wild fright […]”[1] and a wild fascination, since the protagonist of Leopold Tyrmand’s novel Evil referred to here is both fearsome and perversely admirable, in the mad pleasure of experiencing fear and danger. Thinking about evil can also be pleasurable provided we do not take one step too far; abusing another person triggers off emotions of a totally different register and has nothing to do with bliss, except for pathological cases. However, such thinking may prove risky and this does not mean that innocuous dreams might become gruesome reality, but harbouring this feeling in oneself may result in an inner anxiety, dissonance and conflict of conscience. An attempt to extract evil from the realm of morality and its treatment as a cultural phenomenon, which was the intention of the “Guerrillas” show, does not really eliminate this unpleasantness. A favourable approach to atrocity will forever remain on the threshold of a good mood and a test of our flexibility. As Jolanta Brach-Czaina[2] observes, evil, like good, is ambiguous since these values are inseparable and most often occur in tandem. Each ambiguity fascinates and therefore evil, too, is fascinating. It lurks within the human being, who is aware of it. It is unpredictable. On the other hand, absurd as it may seem, we rarely find someone who would take up some struggle in the name of evil. We far more often encounter aggressive behaviours, which are subject to moral laws…” Anna Czaban fragment from the exhibition catalogue 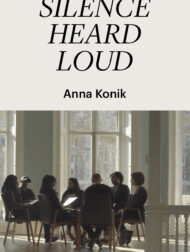 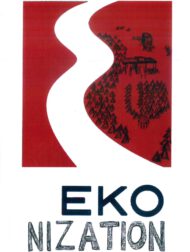