Which of the living beings has the right to live and which does not? It has been assumed that this is decided by the human being, the self-proclaimed master of life and death, although he himself is mortal and usually wants to prolong his own existence. In an interview for SZUM (7.06.2019), Leszek Golec states: “In every religion there is <<do not kill>>. It is not written in the Bible <<Do not kill people>>, but <<Do not kill>>. And we practice it. <<All living sentient beings>>, added the Buddhists. The Jains along with Mahavira practiced it; they swept off insects with a brush to avoid stepping on them. Radically. With compassion for small creatures”. This statement can be a starting point for understanding and further interpretation of the art of the duo Tatiana Czekalska and Leszek Golec. This is a singular credo of their creative attitude, but also a vector for life priorities.

The foundation of Czekalska and Golec’s works is respect for life and the resulting augmented perception of the world. It is extended by greater empathy, a kind of supra-religious spirituality and a sense of supra-species community of living and sentient beings. Artists often refer to the Christian tradition, if only by referring to the Bible or using church artefacts in their works, but their spiritual life goes beyond the framework of theological dogmas. They are more on the side of real compassion than rituals and seem to see a metaphysical dimension in austere, minimalist beauty. The artists collect old, destroyed objects with a story written into them, “adopt” forgotten icons, stoles, books, and dishes sold to second-hand stores and give them a second life, this time in art. For example, there is the Bible, gnawed at by an insect they named Anobium Sanctus; the book becomes the work of a small insect living a long time ago, leaving a unique and lasting trace. Confronted with its arduous actions, Czekalska and Golec feel respect, which makes them take on the role of curators, not artists… They bring out from hiding its silent work, astonished that it hasn’t damaged any letter… They refer to all beings with affection, publicly valued recently by the Polish Nobel Prize winner Olga Tokarczuk. This tenderness towards all creatures is of a meditative nature, a silent contemplation, strengthened, however, by a strong conviction that it is worth preaching respect for life and standing up for it at every opportunity. Because animals remain a mystery; we still don’t know everything about them, we don’t understand them and so also underestimate them…

Apart from the considerations on the art oriented towards care and respect, it is worthwhile to follow the public discourse on the world of wild nature, since it is still dominated by the belief in the eternal struggle for survival, with an emphasis on natural violence and cruelty. Meanwhile, even in this field, animals have not been thoroughly recognized by humans. In his book The Age of Empathy: Nature’s Lessons for a Kinder Society, the renowned primatologist Frans de Waal observes: “Too many economists and politicians model human society on the perpetual struggle they believe exists in nature, but which is a mere projection”. In many of his books, De Waal gives numerous examples of cooperation between animals, not only among mammals: mutual empathy and the hierarchy and strategies they follow. Do we then, as humans, have the right to disregard them or treat them instrumentally?

Czekalska and Golec have been working together since 1996. Already then their works were permeated by the spirit of ecology, which was definitely a niche phenomenon at that time. That is why the artistic duo can be considered pioneers for Polish posthumanism and ecologically engaged art. The Poznań exhibition is the first presentation of the duo in this city. Therefore, it features not only the latest works, but also the earlier ones that will allow the artists to introduce themselves to the Poznań audiences. The works made of natural materials will be used by the gallery visitors for contemplation, reflection, surprise, probably also delight, while the tiniest visitors, often difficult to notice, will enjoy… their taste. All guests are welcome. 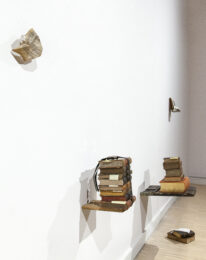 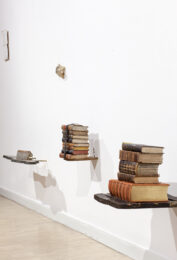 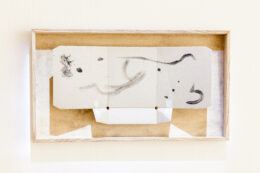 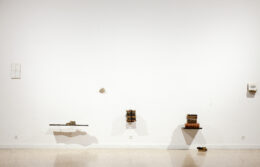 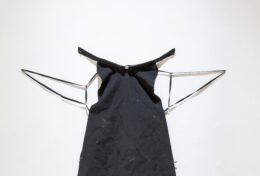 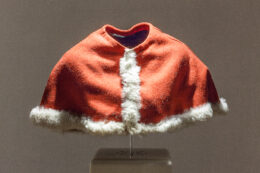 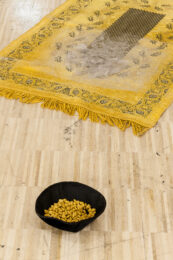 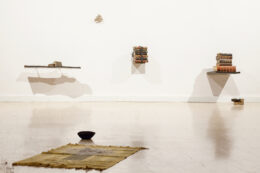 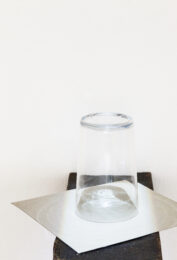 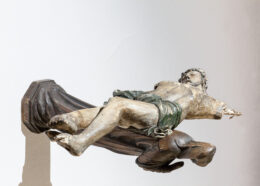 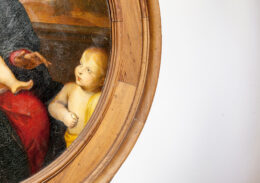 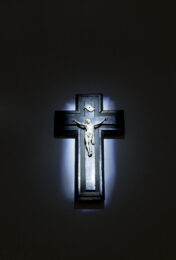 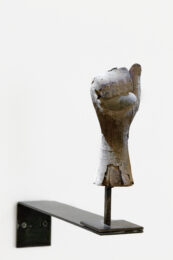 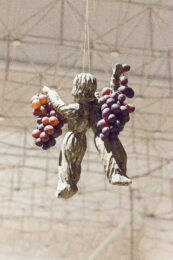 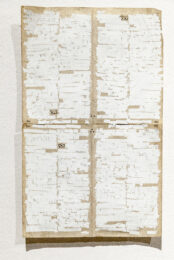 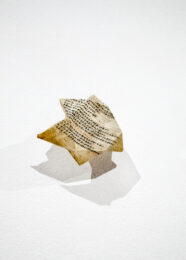 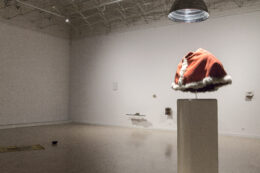 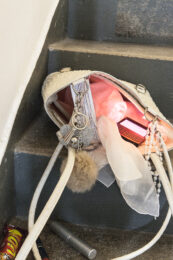 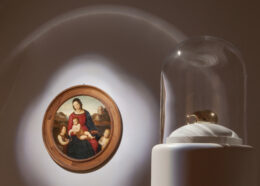