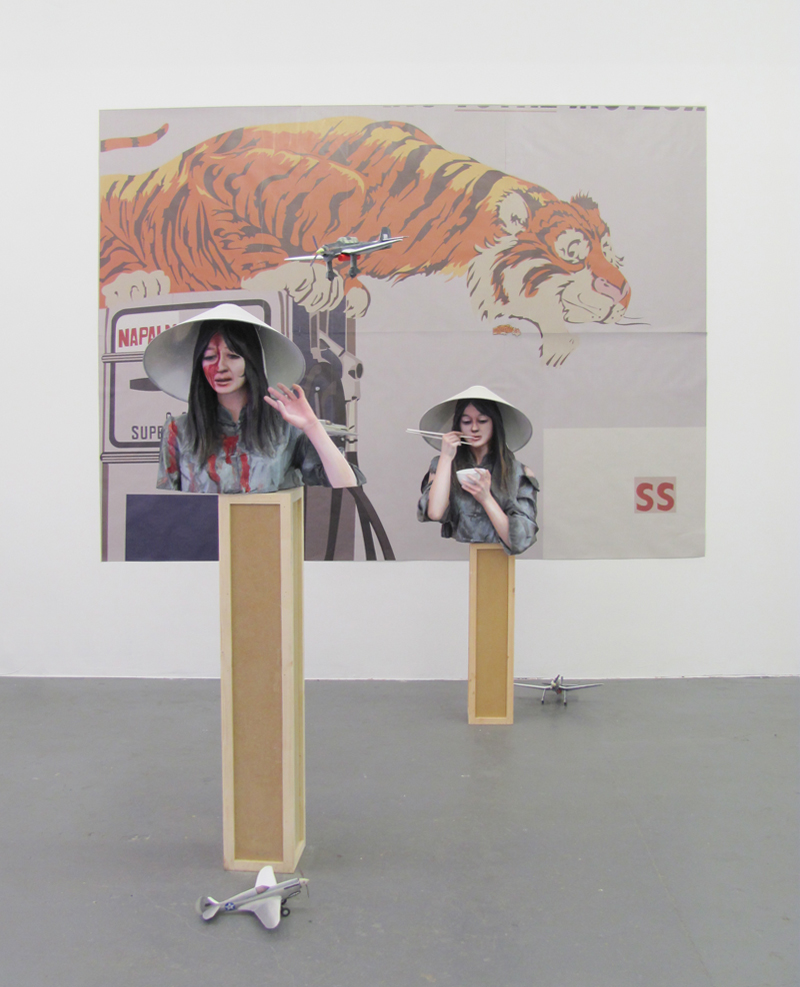 Dialogues of Art Historians and Artists is a series of meetings moderated by faculty members of the Institute of Art History at Adam Mickiewicz University and the artists they have invited. The topics of individual meetings, reflecting the program of current exhibitions in the Arsenał Municipal Gallery, are the starting point for conversations about art, exhibition projects or criticism. Of paramount importance here is the confrontation of two perspectives of perceiving, understanding and talking about art – those of art historians and artists.

This time Magdalena Radomska and Anna Baumgart will talk about the practice and history of overlapping of revolutionary and artistic discourse in the context of the fiftieth anniversary of the events of 1968. The topics will include the tradition of the events, the potential repertory of their imagery, the dictionary of rebellion and also the performative quality of the revolutionary action. Of importance will be the question of the Marxist origin of the language of a revolution and mutual relations of various revolutionary discourses – of the Spring of Nations, the October Revolution, and the 1968 Revolution. The discussion will moreover focus on the variable geographical and political context of the above tradition and the status of counterculture and the potential of art as an instrument of anti-Capitalist resistance.

Magdalena Radomska – a graduate of Art History and Philosophy at Adam Mickiewicz University in Poznań. In 2008 earned her Ph.D. under the supervision of Professor Piotr Piotrowski. She calls herself a post-Marxist art historian. Her research focus on the one hand on the art of Central and Eastern Europe of the communist and post-communist era, and on the other hand on the philosophy of Marxism and post-Marxism. In 2012 she began a Ph.D. course at the Institute of Philosophy at Adam Mickiewicz University in Poznań, where she is currently working on her Ph.D. dissertation in post-Marxism. Since 2009 she has been assistant professor at the Institute of Art History, in the Department of Modern Art.

Anna Baumgart – a visual artist who creates videos, sculptures, installations, photographs, and performances. She studied at the Faculty of Sculpture at the State Academy of Visual Arts in Gdańsk, from which she graduated in 1994. Between 1994 and 1996 she co-created the Delikatesy Awangardy Gallery in Gdańsk and the Gazownia Gallery Forum of Contemporary Art; she was involved in the Salon of Video Art project. In 1994 (with Norbert Walczak) she established an art group known as Ogon żółwia [Turtle’s Tail], and in 1998 she set up the Creative Initiatives Bureau [Biuro Inicjatyw Twórczych]. Together with Zbigniew Libera she set up an art café called Cafe Baumgart/Libera (later Cafe Baumgart) at the Ujazdowski Castle Centre for Contemporary Art in Warsaw. Since 2005 tied with the Warsaw-based lokal_30 gallery.