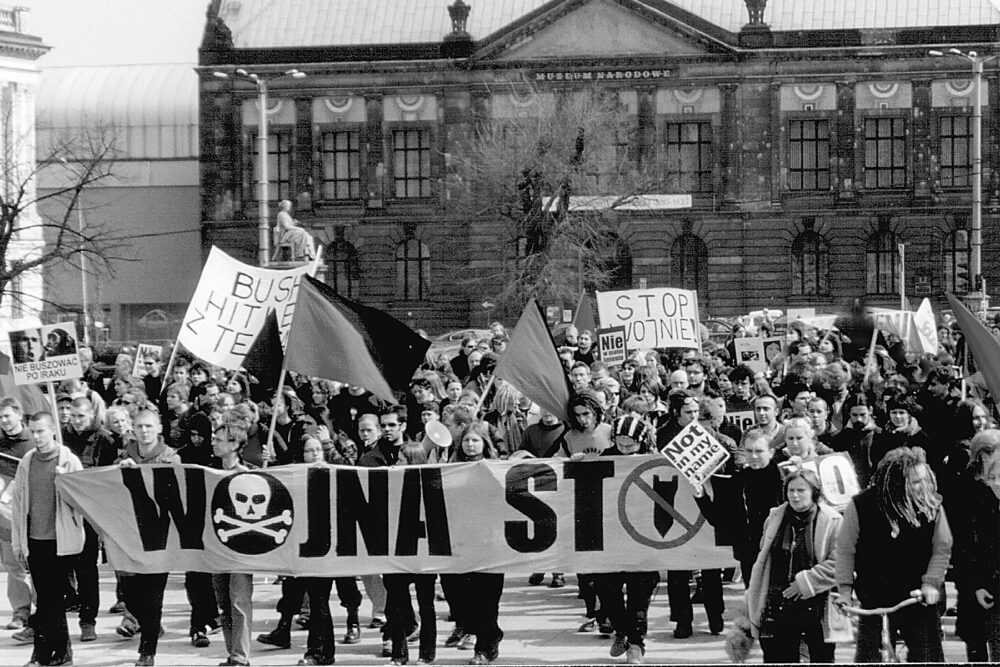 Asking about the origins of present-day authoritarianism and fascism, we must note that they lie in neoliberal economic policies, which have led, among other things, to an increase in economic disparities and to the uncovering of insurmountable needs. The triumph of the capitalist economy was made possible also by the systematic obliteration of social discourse as an illegitimate claim, with constant political attacks on the left. Above all, however, fascism was made possible by the dismantling of the working class structure, which was linked, among other things, to de-industrialisation and mass layoffs on the one hand, and privatisation and the policy of special economic zones on the other. Other phenomena, such as the breakdown of local communities through mass evictions and displacements, to which 2.5 million people have been subjected since the mid-1990s, mainly in large cities, or the economic pressure that led to emigration and the demographic crisis in Poland, cannot be overlooked either. We should consider these events in political terms. The weakening of the bargaining power of workers due to their dispersion and re-recruitment on new terms became the cornerstone of both the Third and the Fourth Republic of Poland and the political plan of the post-Solidarity elites of power. The labour world, deprived of political strength, was taken hostage by liberals and conservatives in their struggle for power. During the meeting, we will discuss both the historical links between capitalism and the rise of fascism, as well as the various forms of anti-fascist activity. Criticising liberal anti-fascism, we will consider under what conditions and for whom racism is the most functional and what anti-fascist art is, what role it plays and whether it can empower. The debate is organized as an accompanying event to the exhibition "Poznań without eviction, exploitation and poverty! 25 years of Rozbrat!". It will evoke anti-military campaigns, social and anti-fascist activities conducted by the Poznań community. The event is part of a series of activities of a nationwide, informal agreement of persons, institutions, social movements, collectives, individual activists, and artists who work together to create a network of anti-war cultural and social events connected with the Anti-Fascist Year.