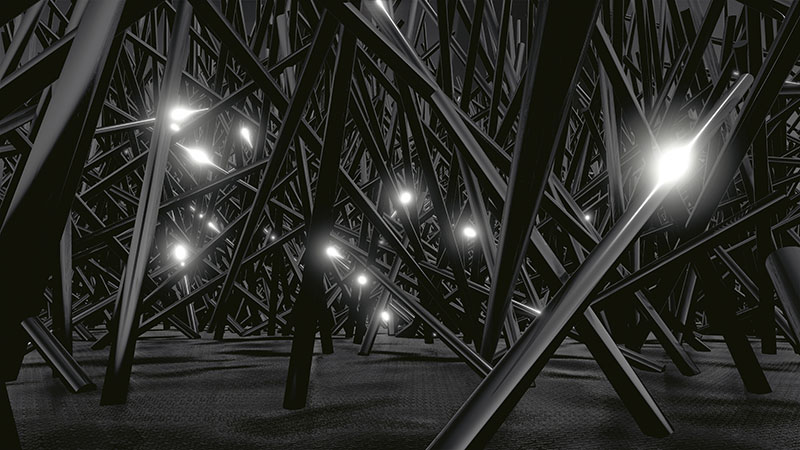 Elvin Flamingo is one of the few Polish artists who have consistently, for many years, addressed the question of interfaces of contemporary science, technology and culture. In his works, the artist transcends the ideas of anthropocentrism of art and undermines the notion of artistic autonomy. His oeuvre, consisting of installations, films and music concerts, integrates the energy of animals and humans with the world of technology and media. Piotr Krajewski wrote that the starting point for Elvin Flamingo’s work is his long-standing fascination with biology and that it is an encounter of human and non-human culture. “Jarosław Czarnecki’s oeuvre … transcends such simple dichotomies as: nature-technology, biology-culture, natural forms-architecture, building or constructing environments, creation-simulation. The artist prepares and initiates processes which subsequently may/must be continued by nature itself”.[1] Flamingo’s best-known project was the work Symbiosity of Creation, awarded at the Art of Media Biennale WRO. It emerged out of years of his work with colonies of leaf cutter ants. When commenting on his installation, the artist stressed that “at stake here is the shift of the demiurgic position of the author (or artist) to the position of a participant … Neither of us, neither the superorganism nor I, make sense on our own and actually we do not exist without each other as a work”.[2]

We – The Common Body by Elvin Flamingo and Infer group is no SF visual project which leads us from the oldest group of invertebrates on Earth to virtual reality. All the elements of the installation are interlinked and co-exist within the eponymous “common body”. The work was inspired by news of astronomers’ discovery of two stars: KIC 8462852 and EPIC 204278916 , with identified inexplicable irregular reduced light intensity. There are hypotheses galore to account for this phenomenon. One says that the stars are surrounded by a massive swarm of comets, while another one stipulates that the star revolves at such a great speech that it gets flattened, due to which higher temperatures can be identified near the poles than on the equator. A less credible if still not completely disproved explanation indicates that we deal here with the so-called Dyson sphere, or a megastructure described some 60 years ago by Freeman Dyson in a Science article “Search for Artificial Stellar Sources of Infra-Red Radiation”. The structure is supposed to envelop the star to accumulate energy for the sake of some advanced, intelligent civilisation. Dyson described his megastructure precisely as a “swarm” of smaller bodies moving along independent (but close) orbits, rather than – as his followers implied – a uniform massive construction.

The installation We – The Common Body awarded wish Grand Prix at the Media Biennale WRO 2017 addresses the problem of life in the post-human era and provides us with a hypothetical on the potential of spread in cosmos of non-human life. The work is composed of three objects. Object A – This View Has Potential is an incubator designed for earthworms; the vermicompost they produce emits signals to the other objects via special sensors. This object is built on the basis of hexagon as a reference to the pole of Saturn and to James Webb’s telescope, object B entitled Vanitasity is a seemingly empty container ready for future use. Object C, Virtual Phenotype, which resembles an electric chair and is fitted with a VR helmet, offers access to generative virtual reality. The audial space of the virtual world is generated on the basis of signals from the sensors of object A. The signals emitted by object A generate moreover visual elements, which we experience sitting in the armchair.

Elvin Flamingo, a.k.a. Jarosław Czarnecki, born in 1967. Active as an artist since 2008. He earned his Ph.D. in 2014, having defended his doctoral dissertation entitled Symbiocity of Creation at the Academy of Fine Arts in Gdańsk. The work resonated far and wide, in Poland and abroad. A lecturer and deputy dean at the Faculty of Sculpture and Intermedia of the Gdańsk Academy of Fine Arts. A laureate of numerous prizes, e.g. Gold Remi at the Worldfest-Houston Festival (2009), Grand Prix Biennale in Gdańsk (2012), Critics’ Award at the Biennale WRO 2015, and Grand Prix Triennale in Sopot (2016).

Radosław Deruba, born in 1987, visual artist, author and designer of generative visual renditions in real time. A graduate of the Faculty of Sculpture and Intermedia of the Gdańsk Academy of Fine Arts (2015). A laureate of the Grand Prix at the Videozone Festival 2015. Finalist of festivals: Inspirations 2014, LPM Mexico 2013 and LPM Rome 2013.

Patryk Chyliński, born in 1992, generative artist, combines the real world and the digital one, experimental musician, final year student at the Faculty of Sculpture and Intermedia of the Gdańsk Academy of Fine Arts.

Radosław Deruba and Patryk Chyliński make up the Infer duo. 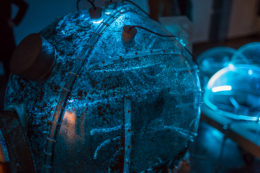 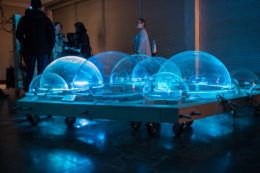 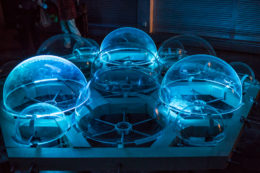 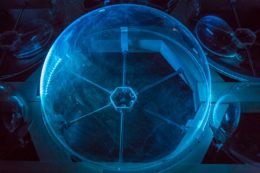 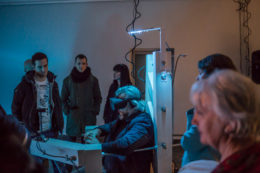 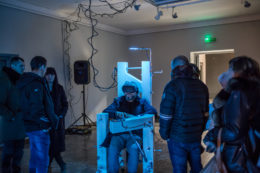 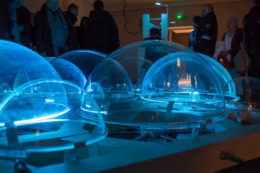 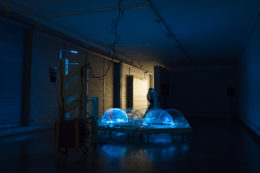 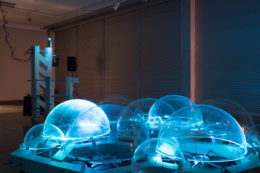 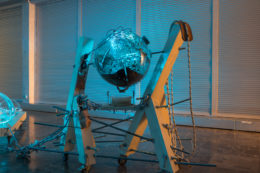 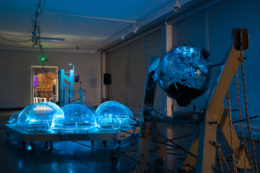 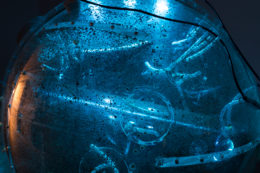