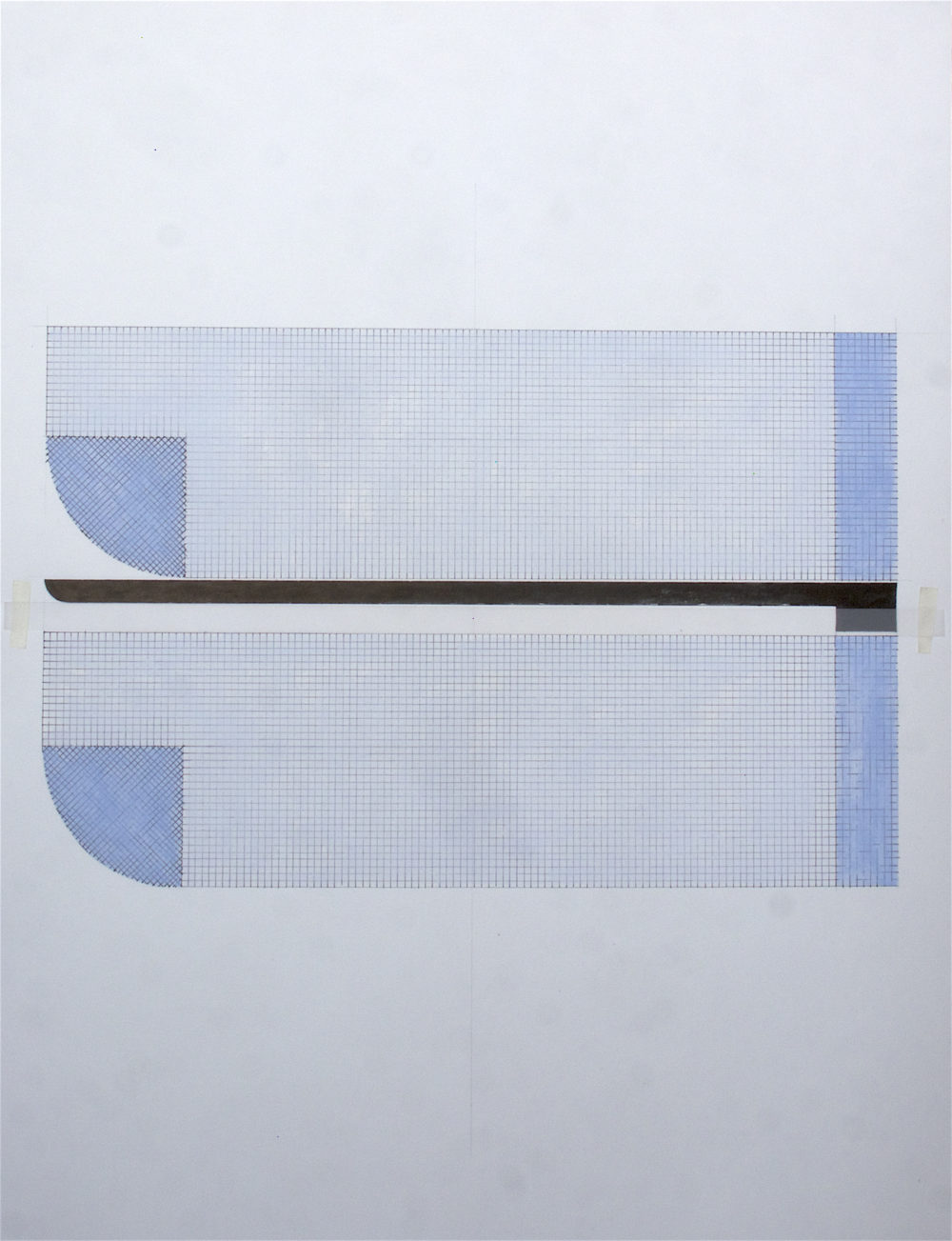 A painting as a way of thinking

An exhibition of new works by Wojciech Łazarczyk, bearing an intriguing title under construction. scale unknown, refers on multiple levels to the process of construction and reconstruction. Metaphorically, it addresses the “reconstruction” of our perception of a given painting or our thinking about painting in general. It is impossible not to ask fundamental questions about the status of this medium amidst many others. The appearance of the first daguerreotypes initiated the process of the gradual dethroning of painting, but the latter has stayed alive and kicking to date, although for most artists and art theoreticians it is something else than it used to be.

Wojciech Łazarczyk has abandoned painting, although he still creates paintings. He recalls that ten years ago he woke up in the morning with an overpowering conviction that he does not want to paint anymore. This sudden decision, surprising for the artist himself, did not result from an analysis of the tools he had been attached to. What happened, as he states, was that: “It was a component of so many different elements that converged at some surprising moment. It was so strong that I didn’t even have to think about it or to analyse it in some profound way; I just did it”.

Certainly, it had something to do with the kind of painting fatigue he experienced. However, his weariness did not relate to painting as a medium, but to the context of the hierarchy in which it occupied such a prominent place in the history of art. The artist claims that painting is no longer even a language, but merely one of the tools in an artist’s toolbox…

The works presented at the exhibition at the Arsenał Municipal Gallery are designs and, as a result, their form is austere, although they have undeniable aesthetic value. Equally important is the choice of colours and their intensity. As designs, the paintings are concrete, often even technical, but at the same time so refined that at first glance they can give the impression of abstract compositions. The potential duality of reception depends only on the viewer.

When asked about his works at the current exhibition (all series have originated in the last four years), the artist says: “I think that there is a method in these designs, i.e. not to take a position, to defer the clarity of the goal and the clarity associated with a certain declaration beyond the image. In other words, the moment of analysis is postponed. Analysis at this point is, in a sense, impossible, due to a certain shift of concepts and precisely because there is no such clear declaration there. I moreover think that maybe it is not necessary for the reception, but very important for me to find a chance to return to painting after abandoning it. Because this is where I found the possibility of continuing thinking in terms of images in general, including the presentation of the concepts themselves, i.e. what it is”.

Coming back to the construction featured in the title, to the physical and mental displacement that is taking place and, most importantly, is not yet finished – of significance is also the exhibition arrangement, the way of constructing or rather rebuilding the space, finding and stressing this moment of suspension between the past and the future, or under construction… Wojciech Łazarczyk comments on this situation as follows: “I believe that of prime importance is the creation of a situation where we would sense a certain reconstruction. It refers directly to painting but it would be advisable if we were able to discover it also on other levels. I remember that I didn’t want to use the term ‘reconstruction’ in the title, so I think it’s more fitting to say that it’s under construction. My intention is that a statement of an unknown scale is a suggestion that allows us to imagine certain things in a very arbitrary way – in the sense that in this picture we can see them in a scale of 1:1, and we can think that they function outside the picture as something that is spatial, that is architecture, that is also something completely different…”

Not infrequently, Wojciech Łazarczyk defines terms by reduction, specifying what they are not or what they have ceased to be. Asked about what a painting is, he replies that is it a sum total of its components; on second thought, however, he adds that a painting is a way of thinking.