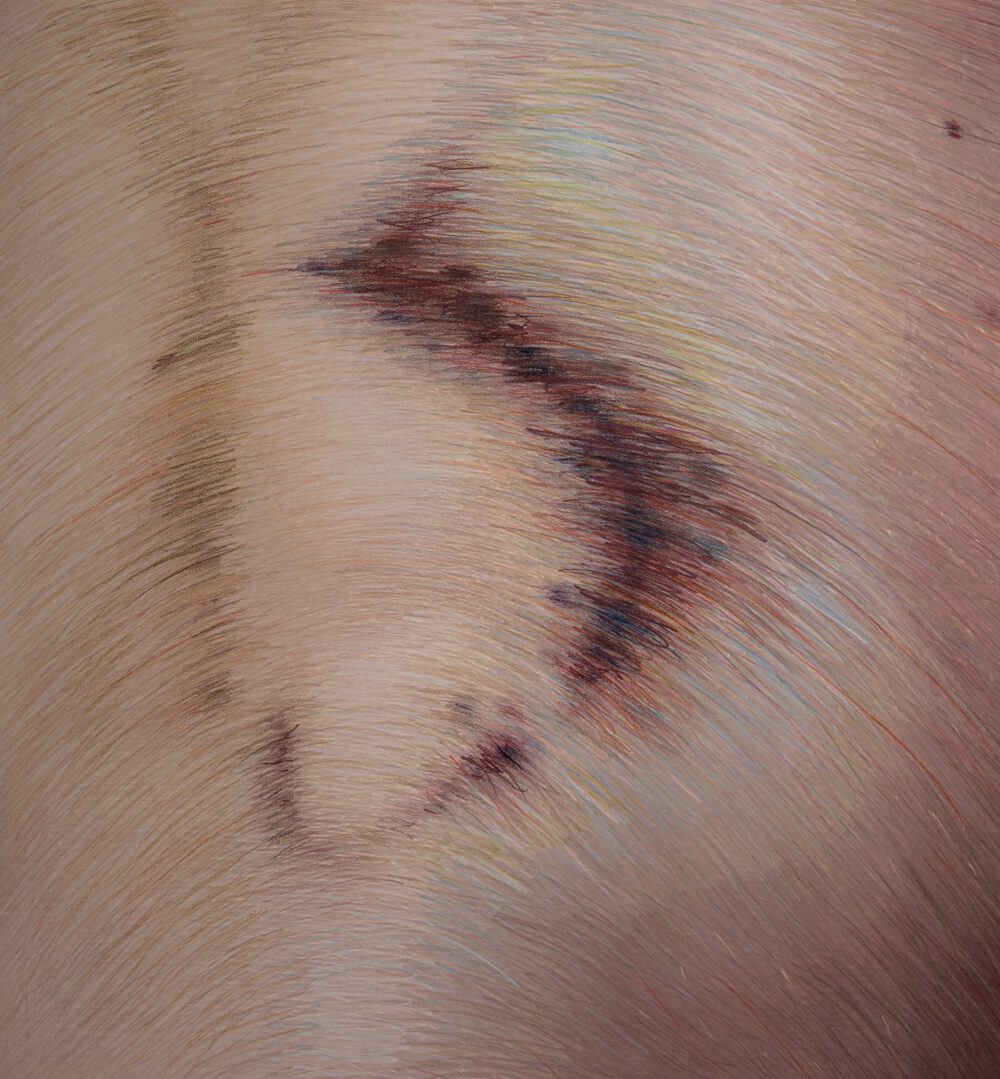 Ewa Harabasz admits that she is fascinated by “the reactions of people, their behaviour, emotions, body gestures in response to traumatic situations. I study their representations – both in the media and in the reproductions of painting, finding more and more striking similarities between them”, she says. Ewa Harabasz’s series of works show the medialization of the perception of violence in contemporary culture. The sight of someone’s misfortune, the faces of victims of violence as well as the wounds and scars visible on human bodies are usually seen through colour photography or film available in the media. These images, as the artist believes, are often subconsciously superimposed in our heads on dramatic scenes known from icons or Caravaggio’s paintings. Dora Apel noted that “Ewa Harabasz’s paintings employ the realism of photojournalism to create a hyper-realistic or surrealistic background that does not allow the gaze to disperse too quickly, calling for a witness of suffering beyond the short moment when the effect of fatigue and indifference creeps in”. The creative strategy of Ewa Harabasz consists in transposing images of trauma and violence we see in the mass media, ones that we usually give a shirt-shrift to, into a dimension that is located outside of the economy of time measured by means of the number of clicks or gazes. As W.J.T. Mitchell observed: “We turn to media images and media images turn to us”. The author of Picture Theory poses a unique question: “What do pictures want?” and himself provides an answer: “Pictures are things that have been marked with all the stigmata of personhood and animation: they exhibit both physical and virtual bodies; they speak to us, sometimes literally, sometimes figuratively; or they look back at us silently…” He responds to this question as follows: “What pictures want is not the same as the message they communicate or the effect they produce; it is not even the same as what they say they want. Like people, pictures might not know what they want; they have to be helped to recollect it through a dialogue with others”. It seems that Ewa Harabasz and her paintings generate such a dialogic situation. The artist actively enters a relation defined by Mitchell and responds to the images offered by the media by her own paintings. Her actions help us understand what the images referred to demand from us.

Using traditional techniques such as painting and drawing, she transforms everyday hyperrealism of reporters’ footage into universal hyperrealism of art. What was a material for a few seconds of consumption becomes a subject of reflection, study and gaze which does not slide on the surface of phenomena, but strives to understand and find what is hidden behind the seemingly obvious first layer of meaning. This is also true of the Red and Violet series, on display at the Arsenał Municipal Gallery. This neutral title implies a formal study of the colour scheme, since the artist’s action seemingly boils down to dealing with the relation between these two colours in the space of the composition. In fact, however, the artist draws the changing colours of subcutaneous wounds and bruises in children. The images we see are meticulous drawing studios based on photographs documenting children as victims of domestic violence, a phenomenon which is often accepted or at best disregarded and marginalized as a social problem.  Following Mitchell’s question: “What do these images want from us?”, we can answer that they need attention, reflection and active involvement. Bożena Czubak noticed that Ewa Harabasz’s art confronts us with the dilemma of art accused of “betrayal in the beautiful depiction of horror. Betrayal of the subject in favour of the beauty that obscures it. In Harabasz’s works, however, it is not suffering itself that is the theme, but its images and above all the traps inherent in these images”. 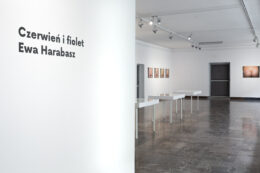 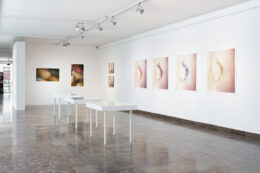 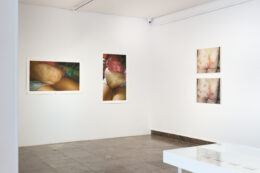 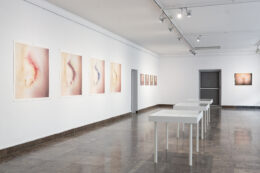 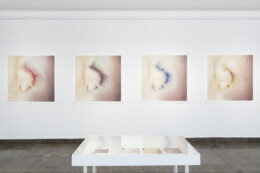 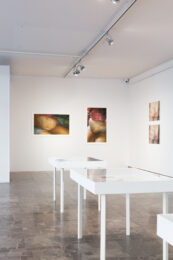 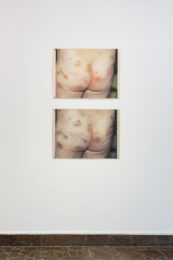 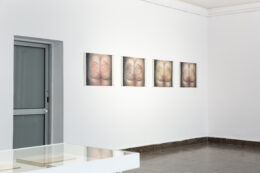 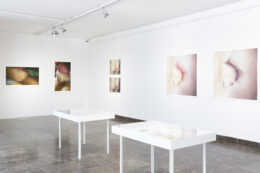 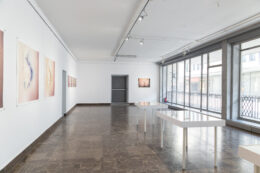 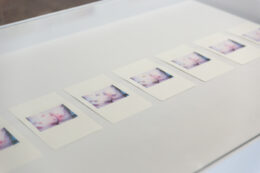 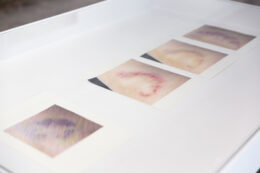