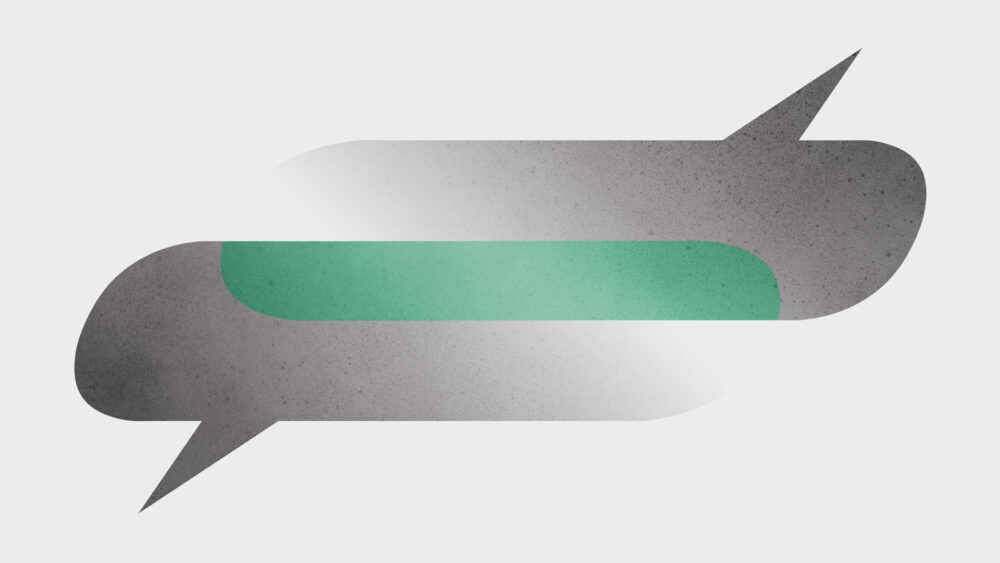 The subject matter, the OTHER, does not change, yet each edition is other than the rest… This is not an accidental play on words, because otherness is doubly inscribed in this project. It reveals a variety of readings, attitudes and emphases of various aspects of the broad issue on which successive teams focus. For me, as the initiator of these activities, it is a great adventure and a fascinating experience. Having talked with the co-authors and participants I know that it is equally exciting for them, because what is most interesting happens in the process itself, in the exchange of ideas, in the mutual discovering of oneself and the OTHER. The crowning achievement is, of course, the exhibition, which is important, but surprisingly not the most important one. We see it as a point at the end of the road, much as a runner sees the finish line. Every time we reach it, we feel a little sorry that it has come to an end…

Marta Markiewicz and Melanie Wróblewska enter into a dialogue which is deeply rooted in their selected local cultures. Marta focuses on rural folklore and more specifically on the harvest festival, while Melanie zooms in on the customs and views of the highlanders among the Polish Diaspora in the United States. Both are critical, somewhat ironic, but their observation is fundamentally benevolent. They play with the chosen style, transform and parody it, because as very young people they cannot claim it as their own. They see the ridiculous and highlight it, but without a sense of superiority. Otherness is celebrated with a wink. The OTHER is a guest in the young artists’ stories, and a guest should always be treated with respect.

Marta and Melanie invite the audience to the model realities they have created, i.e. colourful enclaves of exaggerated folklore, manifested prejudices, exposed stereotypes, and fears. Objects made of familiar straw like torn fragments of fields are placed next to colourful books about emigrants in America. Everything is governed by its own rules and is a bit crazy. Unexpectedly, laughter turns out to be a simple way of avoiding conflict.