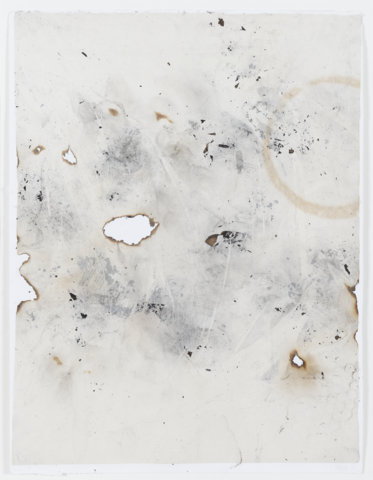 Built in the 1870s, the magnificent Villa Zanders proudly stands among tall trees in a quiet historic centre of the small town of Bergisch Gladbach, a mere 20 kilometres off the hustle and bustle of the great city of Cologne. The building was erected by Maria Zanders, the widow of the entrepreneur Carl Richard Zanders. After her husband’s death, she inherited the family paper factory. Maria made a name for herself as a patron of culture: the Villa hosted a salon, visited by eminent artists and prominent figures of the world of culture and science. Today Maria’s portrait hangs in the Museum. The first shows in the Villa Zanders were held much later, however, in 1974, when the building itself had belonged to the city for a few years.

After a general overhaul, in the late 1980s and early 1990s, the Museum acquired its current magnificent ambience. Three floors dedicated to art: some 1,500 square metres of premium exhibition space and state-of-the-art offices. All of this in a building, town and region commonly associated with advanced paper industry; the seemingly narrow specialisation of the Kunstmuseum Villa Zanders comes as no surprise, then. It focuses on the art of paper, i.e. works made on and of paper. This is made possible by both temporary shows and the extensive collection of hundreds of works. It turns out, however, that the fragile material does not determine the shape of the works. These include – as can be expected – drawings, print impressions, photographs, watercolours, collages, as well as spatial objects of surprising shape and size. The Artothek operating in the Museum is a loaning library of art works; for a small charge you can borrow print impressions (rather than reproductions) and hang them in your home or office (!). The Museum holds workshops for children and invites artists to create bold site-specific works, which completely alter the space. A few shows take place simultaneously on the museum premises; its warehouses are full of works of art, and all of this is keenly supervised by the art historian Dr Petra Oelschlägel, Museum Director and co-curator of the Poznań exhibition.

The international collection of the Villa Zanders is truly dazzling; many major centres would  envy it its holdings. The authors represented here include John Cage (the work on display in Poznań), Christo, Wolf Vostell, Robert Rauschenberg, and many others. There are also Polish artists; works by two of them – Henryk Stażewski and Ryszard Waśko – are shown in the Arsenał. The collection is to commemorate the 400-year-long tradition of the town as a robust paper production site.

The works presented in Poznań have been selected according to two opposite categories of order and chaos. Regular, precise and modest works, seen as embodiments of the idea of order, are juxtaposed with the disorder of torn sheets of purposefully damaged paper, controlled destruction and deliberate excess. Unbridled chaos versus peaceful precision, the sound of noise versus the sound of silence …

The presentation of a small yet intriguing section of the collection is supplemented by two artists connected with the culture community of Bergisch Gladbach, friends and collaborators of the institution: Andreas My and Michael Wittassek. Andreas makes large-sized objects of sophisticated, organic shapes of finely cut strips of carton. He finds his material e.g. in the backyards of shops, as the colourful carton comes from bulk packaging of sweets, cleaning agents, etc. Michael is involved in photography and perception theory. His sculptures are made of photographic paper and therefore resemble spatial photographs. Still, they do not represent anyone’s portraits or objects of daily life. The two different artistic personalities supplement the presentation of the collection with current actions with paper. Andreas My presents a new work and Michael Wittassek has decided to make his paper sculpture on site, on gallery premises.

Special acknowledgements are due to Susanne Bonenkamp, Culture Specialist in the Council of Rheinisch-Bergischer Kreis Region, for her engagement, care of the project, kind assistance, and invariably good energy.

The Poznań exhibition is part of a comprehensive cultural program of the FORUM OSTWEST – Kulturbegegnungen mit Polen (cultural encounters with Poland) initiated by Susanne Bonenkamp and held since 1992 in Rheinisch-Bergischer Kreis in North Rhine-Westphalia. Its 12th edition took place in 2017, more www.forum-ostwest.de 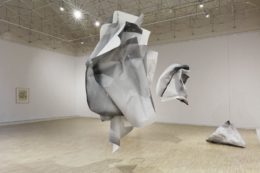 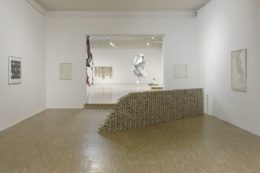 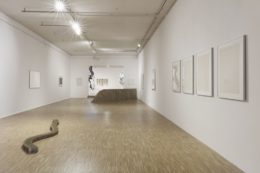 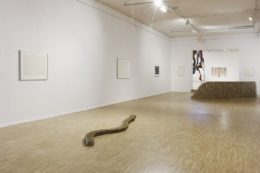 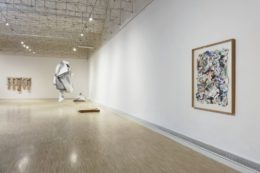 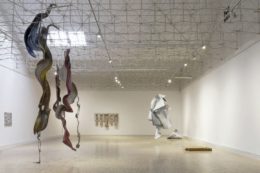 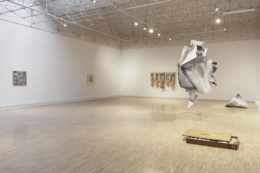 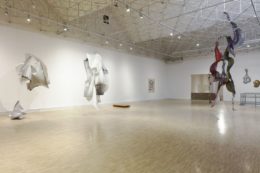 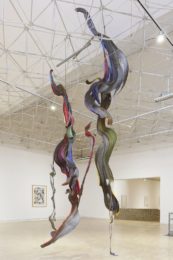 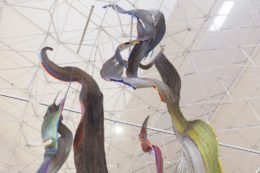 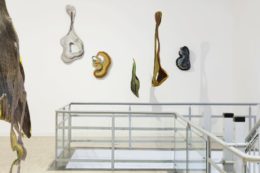 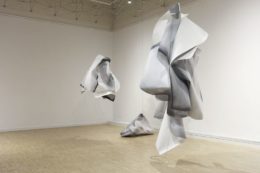 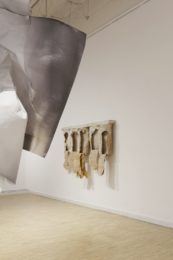 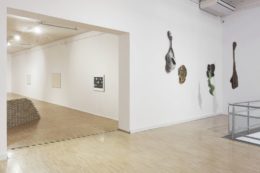 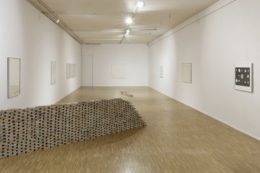