Conscious management and waste manage- ment are now among the most important issues discussed in many areas of life, including the architecture. The creators of the exhibition “Let’s talk about garbage”, Hugon Kowalski and Marcin Szczelina, argue that ecology and design go hand in hand.

The exhibition “Let’s talk about garbage”, preceded by an expedition to Mumbai and extensive studies on modern waste management and recycling, highlights the problem of overproduction of waste and the possibilities for its effective use. The broad social and cultural background is designed to familiarize the visitors with different perspectives on the subject and, as a result, provoke a change in how we approach waste.

We advise you to begin the exploration of the exhibition by familiarizing yourselves with a brief history of waste – its origins and the first ideas on dealing with its overproduction – e.g. by feeding it to pigs. In the “rubbish” gallery, you can see the first model of a food can or the prototype of a mod- ern paper towel – useful trinkets, which today lie at the bottom of the oceans and deprive us of rainforests. Following that, an exciting and dangerous journey through the largest and wildest landfills of the Third World begins. In a post-apocalyptic scenery of the plastic desert we track not only the complex process of processing precious waste, but also complicated trade routes that are used for its transport around the globe. Parallel to the story of garbage being transformed – along with the changing location – into a valuable and desirable commodity another story unfolds: the story of the fate of those who work at waste treatment facilities. Thus, on our way we drop into a small tin barrack, lit by lamps made from plastic bottles filled with bleach, which is a typical shelter for a family of four, living in a close proximity to Indian trash sites. The last stop in our journey is the products of the leading western brands in the construction industry – windows, floor panels, bricks, but also everyday items such as carpets or furniture. Next to each of them there is a label with information, or actually a survey complet- ed by the manufacturer, on the ecological impact of the production process.

The exhibition of Kowalski and Szczelina not only shows a negligible interest in ecology or ethics of production processes expressed by Western corporations, which eagerly use slogans such as sustainable development. Above all else, it exposes the somber lack of change in the violent mechanisms of a(post)colonial exploitation. Despite sincere desire and noble declarations, thousands of the residents of the so- called Third World still, in the early 21st century, are forced to survive by scraping what the civilized West leaves behind, living in a metaphorical and literal dumpster.

Overproduction of waste is a global problem faced by all the countries in the world. A modern solution for the reduction the waste generated by consum- er lifestyles is recycling. “Let’s talk about garbage” attempts to find new alternative strategies in the fight against the enormous amount of waste flowing into our cities. It seems to be our only hope in slowing down the process of littering the planet. 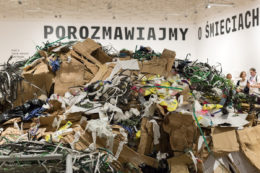 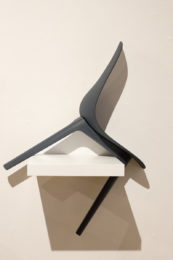 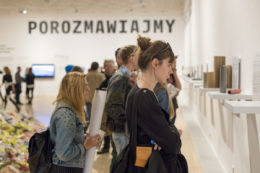 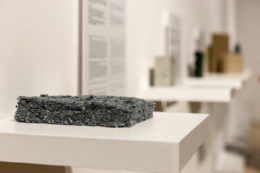 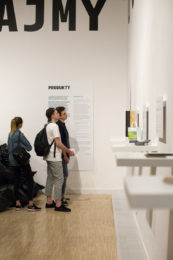 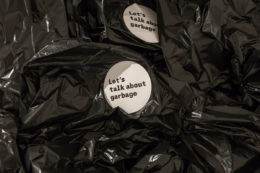 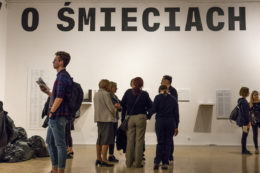 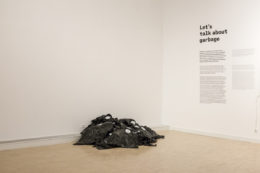 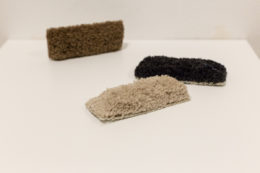 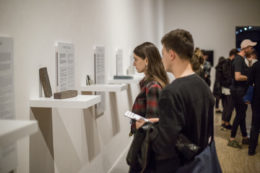 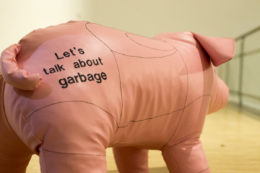