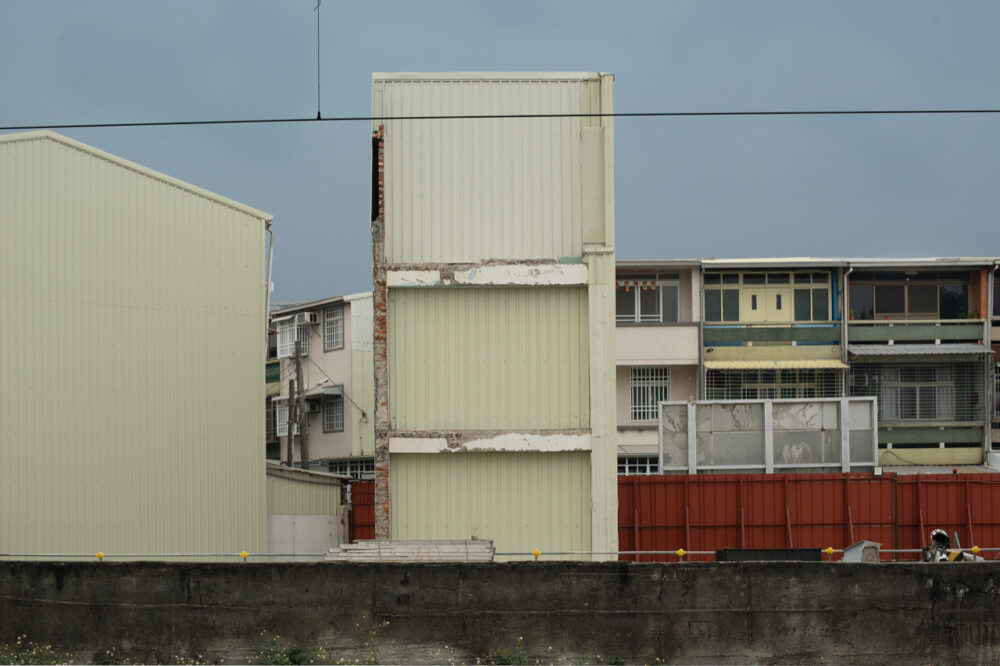 Beware of saying to them that sometimes different cities follow one another on the same site and under the same name, born and dying without knowing one another, without communication among themselves.

In Exercises in Losing Control, Karolina Breguła addresses the problem of losing one’s home – the place where we live, as well as the environment, smells, and sounds with which we identify. In a project carried out since 2018 in Taiwan, Hong Kong, and mainland China, the artist examines the subject of mass evictions and demolitions experienced by thousands of people in Asia and other parts of the world. During her numerous stays in these areas, she examined mechanisms of gentrification and tactics of resistance, social processes in areas of demolition, and experiences of individuals who have suffered the loss of home.

The exhibition consists of photographs, film installations, recording of a performance, objects, and a book written in collaboration with academics and victims of evictions. Breguła also invited a number of other artists to participate in the project. In their, photography, film, drawing, and graphic design work they reflect upon the demolitions and the experience of losing one’s home.

Yulin Huang is an activist from Taipei who introduced Breguła to the subject of gentrification in Taiwan and accompanied her on the first trip – described in the book – to the building where the film Dust was later filmed.

Zuo-Xin Tang, an activist Breguła met in Daguan, was involved in defending houses in Taipei for several years and documenting the lives of their residents. Her work received the main prize in a Taiwanese photography competition, paving the way for her work as a reporter. Po-I Chen is one of the more distinct figures in Taiwan’s creative circles, tirelessly documenting buildings under threat of demolition. In a piece presented at the exhibition, he shows Taiwan’s China Town described in the book. Yi-Chin Huang, a documentary filmmaker, a regular at meetings held at Chun-Xiang Huang’s house described by Breguła, has documented the actions defending the building. Breguła was introduced to the work of Print & Carve Dept., a collective specializing in socio-politically involved woodcuts created in cooperation with activists, thanks to campaigners involved in protests in Tainan.

The artworks presented at the exhibition were created with the participation of people whom the artist met during her many extensive trips to Asia. For a number of years, collaboration has been a key element of Breguła’s practice. The book Exercises in Losing Control is an interdisciplinary project – the author uses both visual arts tools and humanities methodology. Breguła combines a number of universes, disciplines, and literary genres – reportage, short story, academic essay, dramaturgy, letter, and even a fairy tale, inviting both members of communities experiencing eviction and academics who agreed to contribute essays. All the films presented at the exhibition were created in a similar manner.

The film installation was produced in 2018 in collaboration with two residents of Daguan – a housing estate in Banqiao, Taiwan, which no longer exists today, and at the time of filming was under threat of demolition. In the film about, Xiang-Ping Zhou and Ai-Yun Huang discuss losing their home and awaiting eviction. The house where Dust takes place is surrounded by buildings disappearing under the teeth of bulldozers.

— The pavilion where we bought knives recently is now gone, says one of the protagonists, and this brief statement conveys the trauma of millions who have lost their entire lives.

The dust generated by demolitions travels fast. According to an expert opinion commissioned by Breguła, on a day without much wind, dust from the demolished house of one protagonist travelled the distance of more than one hundred kilometres to a secluded location outside the city. The remains of houses, which had not been scattered by wind, were taken away on trucks. Spaces described by the artist undergo irreversible changes, and the evidence quickly disappears from the field of vision. Although people often avoid talking about loss, it remains buried deep in their minds. Breguła carefully examines what is lost during the top-down modernization processes – the individual experience of losing a home, belonging, and identity.

Most people who are forced to leave their homes move to much smaller flats. They leave behind many of objects, furniture, and even family souvenirs – photos, notes, junk. These items become the target of expeditions of scavengers, whom some consider to be thieves or looters. In fact, these people perform environmental labour of cleaning the space of matter, that would anyway perish during the final demolition. Later, they sell these scavenged small objects at flea markets, and in this way these items enter secondary circulation. People who unwittingly acquire them store the traces of memories of the abandoned, non-existent places. Those who have lost their homes often do not want to return to these traumatic memories, they do not want keepsakes and testimonies of old life.

In Exercises in Losing Control, Breguła also draws attention to a feature that commonly accompanies processes of gentrification and modernization – a contempt for records of material culture, not yet entered into registers or considered as monuments. Created just a few decades ago, today they are unfashionable and do not go with contemporary spirit, and as such should be removed from the field of vision.

Sitting under a flyover

One of the film’s protagonists, loses half of her house as a result of the redevelopment of a railway line. Nevertheless, she is not intimidated by officials and continues to live in it. Afraid that bulldozers will destroy the remaining walls as she sleeps, she moves most of her belongings to a nearby overpass, and starts living there. Her bizarre dwelling in a public space becomes a meeting point for activists, and an object of interest for journalists and documentary filmmakers. This is also where Living Room under the Flyover was created – a performance produced by Breguła in collaboration with Shi-fen Zhang, Rong-Yu Li and Ya-Qiao Li, who have been organizing in defence of Chun-Hsian Huang’s house since October 2020. The script of the performance was based on statements by people protesting against expropriations and evictions. The story of Chun-Hsian Huang is a testimony to the determination and obstinacy of some owners supported by activists, who often accompany them until the end – that is, until the final eviction.

Breguła tells a multi-layered tale, in which she attempts to capture life-changing moments and associated uncertainty and instability, experienced by residents of districts undergoing transformation. Her works are a portrayal of urban processes and their imperfections, and at the same time a testimony of resistance and hope, exhaustion and resignation, and what one of the characters portrayed in the book calls “exercises in losing control.”

Breguła’s book also talks about another kind of loss – the loss of self-determination. It describes systemic violence, whose greatest enemy is the sense of freedom – people’s natural need to make decisions about what their street, district, city, state, and world should look like.

The Polish premiere of Breguła’s project – autumn 2021 – coincided with the refugee crisis on the Polish-Belarusian border. Many people noticed that the book, films, and photographs created as a result of stays and interests in Taiwan, Hong Kong and China carry a universal meaning beyond the subject of gentrification. Today, when hundreds of thousands of people have lost their homes as a result of war in Ukraine and nearly three million have already fled their country, we know that the project also talks about their fate – about the trauma of having to leave one’s place on earth, loss of all possessions, search for temporary shelter, and constant hope of reconstruction and returning home. Today, we do not know how the war in Ukraine will play out and what its long-term consequences may be. The Свобода Cinema Film Group, a Szczecin collective, was created shortly after the outbreak of the war with people fleeing to Ukraine to Poland in mind. The group, co-founded by Breguła, supports people who have recently arrived in Poland, who are not professional filmmakers, but want to share their stories. Its aim is to create a multicultural and multilingual common space in which guests from Ukraine and other countries can become hosts who can invite others to share their experiences and stories. 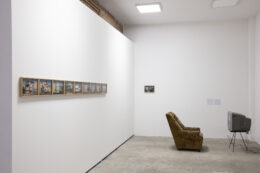 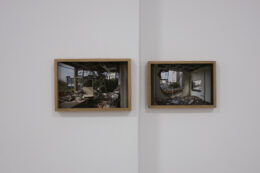 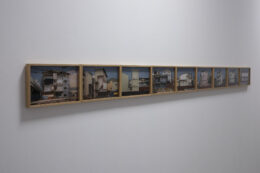 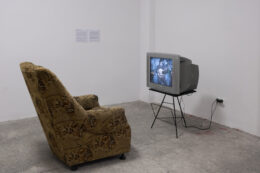 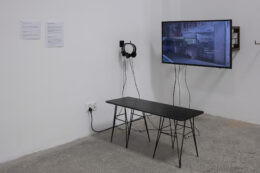 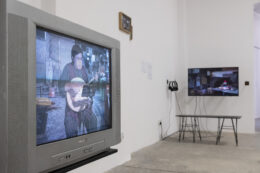 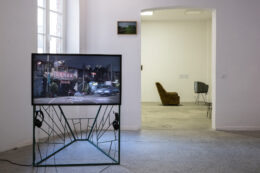 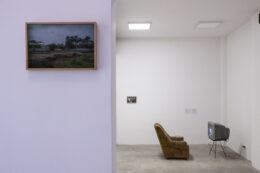 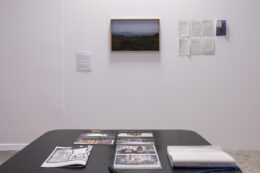 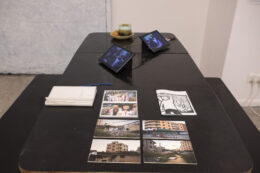 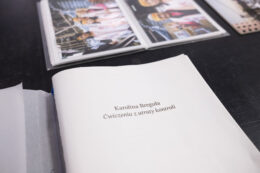 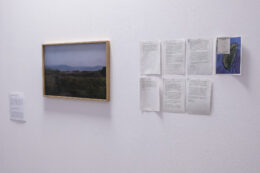 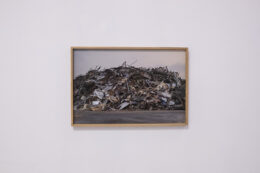 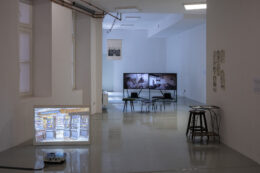 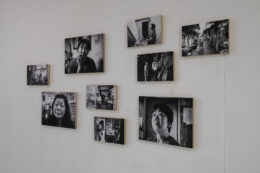 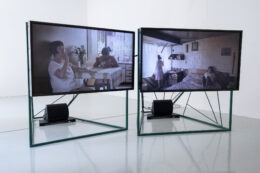 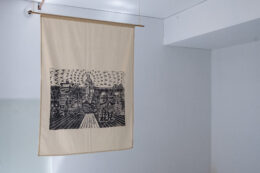 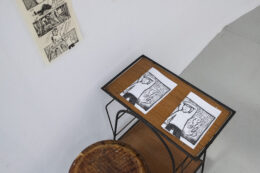