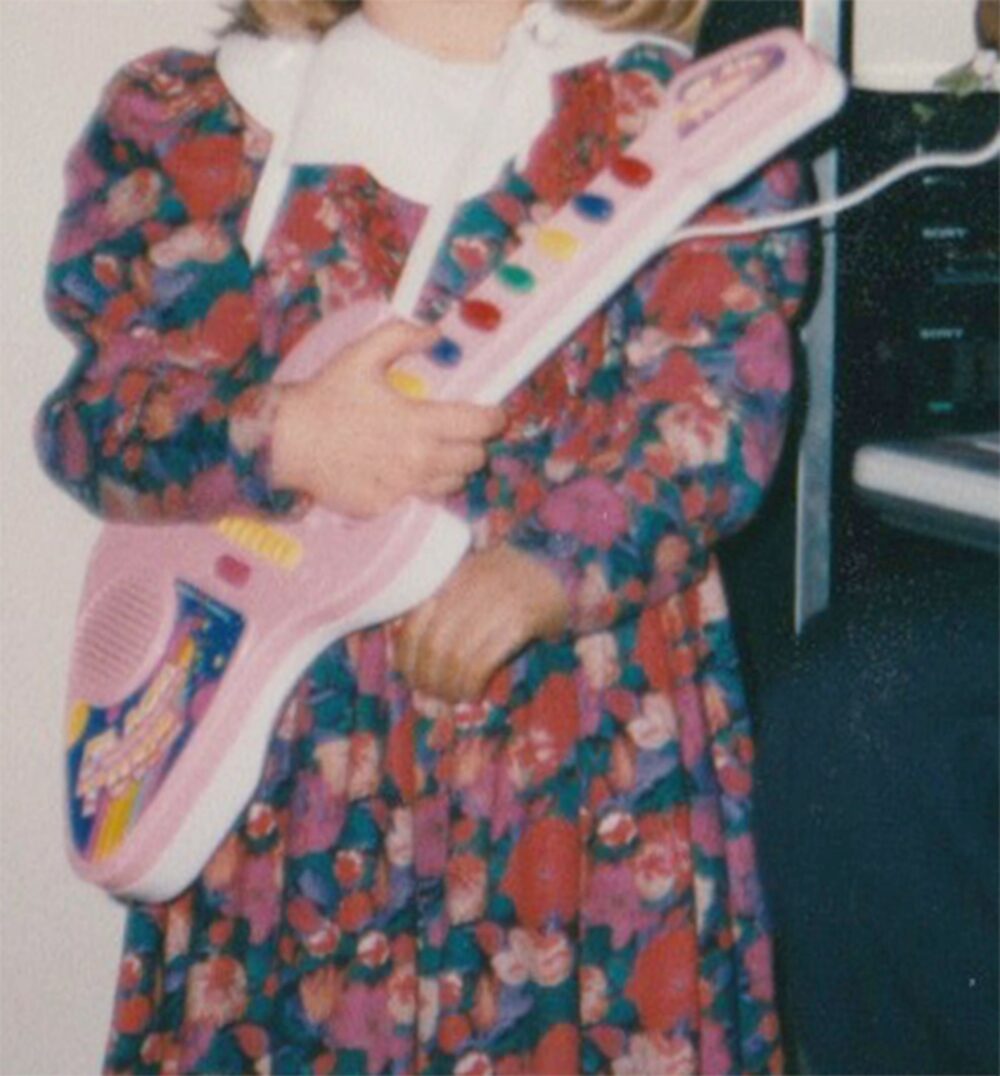 […] a dream of a social order, in which each man and each woman shall be able to attain to the fullest stature of which they are innately capable, and be recognized by others for what they are, regardless of the fortuitous circumstances of birth or position. [1]

Over the past few years, the visibility of people with disabilities in public spaces has increased significantly. We are now seeing changes definitely headed in the right direction.[2] All previous efforts to improve the circumstances of people with disabilities make us realize how much there is to be done and work through, and for how long we have remained indifferent in the past. In Poland, more than four million people are living with disability. Every day, they face marginalization, exclusion (not always as a result of material obstructions) and, most cruelly, the loss of their subjectivity.

Contemporary world still hasn’t been able to fulfil the American dream as described by James Truslow Adams. One example would be the prejudice and outrage that Cerrie Brunell – the presenter of BBC’s CBeebies, who was born without a hand – suffered online. Aggrieved parents objected to her presence on the show, fearing that seeing an “incomplete body” would give their children nightmares.

In the past, bodies of people with disabilities were visible within strictly defined frameworks, always carefully supervised and stigmatized. Being different was always – and, unfortunately, often still is – met with unhealthy interest. The public could satisfy their curiosity by paying a visit to one of the so-called freak shows that were particularly popular in the US between the 19th and mid-20th century. There, upon paying a steep entry charge, visitors could watch people with various disabilities perform. Such shows were a profitable business, alas not for the actors. They performed naked or in costumes, and sometimes audience members were allowed to touch them. The US is also infamous for the “unsightly beggar ordinances” – dubbed “the ugly laws” – targeted the poor and the disabled, and aimed at eliminating those considered “diseased, maimed, mutilated or deformed” from public space, i.e., American streets. Targeted individuals were sent away from towns and/or fined. The general approval for this type of legislation began to change after WWI, along with the returning war veterans, but the last “ugly laws” were only abolished and pronounced dehumanizing in the 1970s.

Today, in the era of Instagram and TikTok, showing bodies of people with disabilities takes on an emancipatory dimension. People can do this on their own – often radical – terms, thus demolishing stereotypes and defeating myths.

Nadia Markiewicz approaches the subject of disability from an autobiographical perspective – she, too, was born without a hand. However, she doesn’t focus on her own corporeality: “The starting point for my artistic practice is the theme of disability. I examine various strands and theories that result from it. Instead of my own corporeality, I focus on the culture that surrounds the body and attempts to define it. I also started this research project because I wanted to understand where was the shame that I felt towards my body for most of my life was coming from. My research helped me trace the genealogy of my circumstances and provided ample material for artistic work.”

In the exhibition entitled Drive-thru, many of these threads are intertwined and juxtaposed. Nadia Markiewicz focuses on the potential inherent in non-normative bodies, as well as their emancipatory and transformative capabilities.

The main theme of the show is the real-life story of a couple with disabilities who decided to get married in the Little White Chapel in Las Vegas. They experienced considerable difficulties while getting out of their car before the ceremony. The owner of the chapel noticed this and was inspired to create a chapel where people could get married without stepping out of the car. This brief, ordinary event links the themes that interest Markiewicz: the changes occurring in the world, the emergence of pop-cultural spaces, an autobiographical element – the wedding of her own parents, the spirit of being on the road, the theme of celebrity.

Drive-thru the little white chapel, where the body meets the materiality of the surrounding world. Markiewicz builds upon the concept of the misfit used by Rosemarie Garland-Thomson and introduces the figure of a rebel to her narrative. She alters the perception of the rebel – from a misfit, to a positive hero. “Not fitting in” turns into a force triggering the transformation, the beginning of truly achieving the American dream.

The exhibition flips the current discourse on disability upside down. Markiewicz shines a light on a situation in which the majority of society benefits from a solution created for people with disabilities, emphasizing the liberating power coming from rejecting normative solutions. It thus celebrates the hidden potentials of disability. 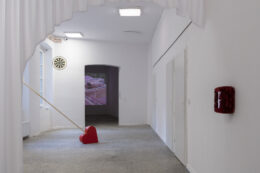 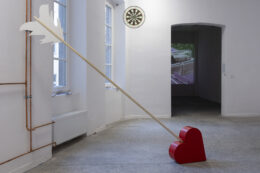 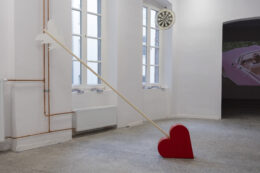 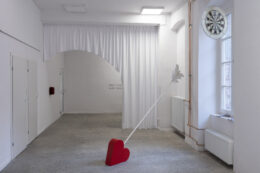 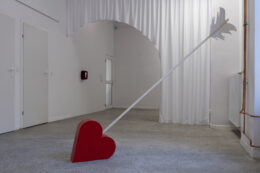 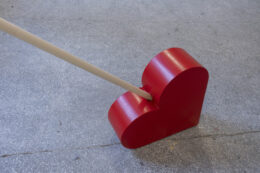 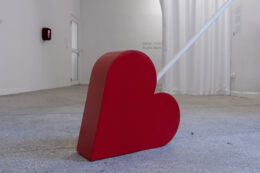 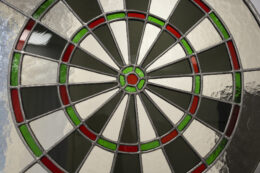 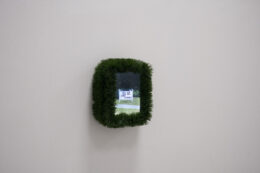 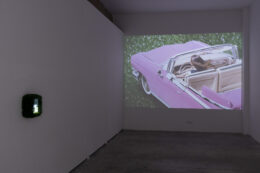 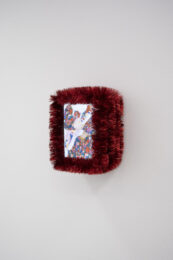 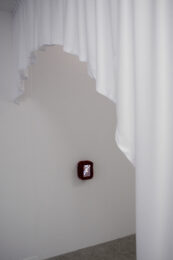 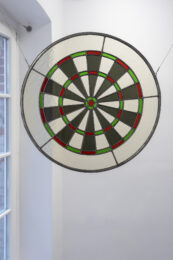 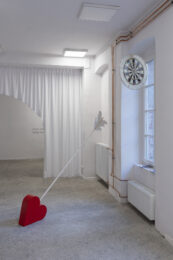 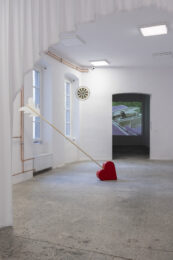