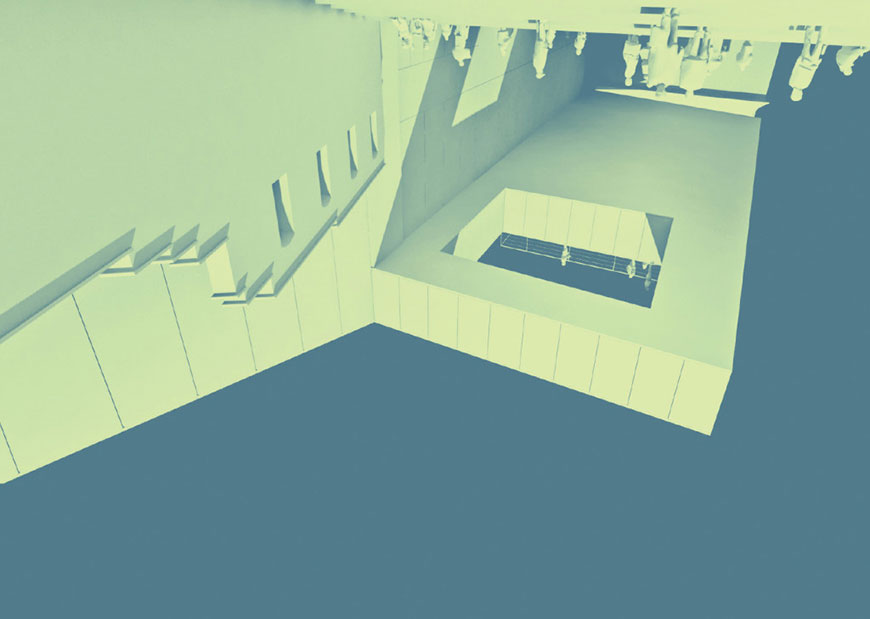 Punctum, the design of the observation tower on Przemysł Hill, is a symbolic reference point for Jarosław Kozakiewicz’s exhibition at the Arsenał Municipal Gallery in Poznań. The hill, currently topped with a neo-gothic tower, is located a mere few hundred metres away from the Gallery. The physical proximity, or almost identity of the show venue and the location of an unrealised design contribute to the polemic character of the exhibition. Punctum is the 2007 alternative concept of extending the National Museum in Poznań. Instead of the currently built ancient-like imitation of Przemysł II’s castle, the artist proposed galleries and a two-storey terrace, subtly corresponding to the cityscape and the structure of this area; the terrace would have offered ample opportunity to admire the architectural panorama of the Old Town inn Poznań. Jarosław Kozakiewicz questioned the obsolete idea of the architecture of power, whose buildings were to dominate and offer the highest reference point for the immediate environment. Instead, he submitted a functional architecture design, which replaced forms of visual violence with a dialogue between history and the present.

This unique venue becomes a starting point for the conversation the artist proposes about the critical value of architecture. The exhibition held at Arsenał, showing the different designs, asks questions about what architecture we need, not only to live comfortably but to make our lives better and, first and foremost, how to make it more sensitive to the needs and requirements of our environment.

Kozakiewicz’s another design, one that stirred a tempestuous debate in Poznań, was The Earth Curtain designed for the Drwęski Park, between Górna Wilda and Królowej Jadwigi Streets. This was a composition combining architecture and sculpture, supposed to separate the park from a heavy-traffic street and to enhance the functionalities of this neglected space. The design envisaged, among others, the introduction of a water cascade, whose hum would create a sound barrier between the street and the green area. In both of his designs related to the city of Poznań, the artist was very attentive to the terrain which was to be subject to his intervention. In the case of Punctum, Kozakiewicz looked in-depth into the specificity of the hill, the site of an historic castle. In the case of the Curtain, the entire concept is based on the diverse, wavy and cascade character of the park. The latter example moreover demonstrates Kozakiewicz’s skilful combination of nature and culture, as well as the perception of the place of the human person in the micro- and macro-world. Jarosław Kozakiewicz’s projects are at the intersection of the visual arts and architecture. The key questions are those about the significance of the place and its historical, cultural and social discourses. The future of cities and their inhabitants are another major topic of Kozłowski’s studies and art.

Jarosław Kozakiewicz studied at the Sculpture Faculty of the Academy of Fine Arts in  Warsaw in the years 1981-1985. Between 1985 and 1989 he continued education at The Cooper Union for Advancement of Science and Art, New York. In 2004, he received an Award of the POKAZ Association of Art Critics and an honourable mention in a competition for the architectural design of the Museum of Modern Art in Toruń. In 2005, he received the first prize in an international competition for the concept of the Park of Reconciliation in Oświęcim. In 2006, he was nominated to Polityka Passports and represented Poland at the 10th International Exhibition of Architecture in Venice; that year he also received the first prize in a competition for a sculpture design in Stuttgart. In 2007 he was awarded the audience award at the 10th Triennale Kleinplastick in Fellbach and a special mention at a competition for the design of the Warsaw Museum of Modern Art building. In 2016, with Krzysztof Wodiczko, he submitted a design envisaging a change of layout of Plac Defilad in downtown Warsaw and construction there of the Józef Rotblat Institute for the Disarmament of Culture and Abolition of Wars. In 2017, Zachęta National Gallery held a comprehensive show of Jarosław Kozakiewicz’s oeuvre titled The Spinning Head. 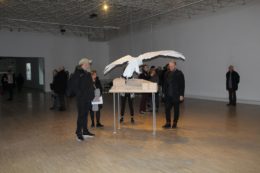 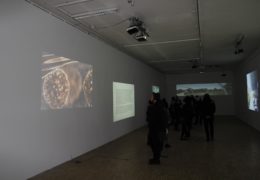 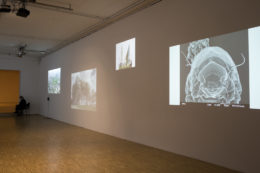 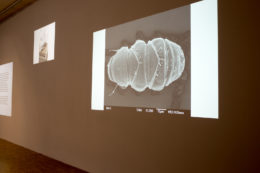 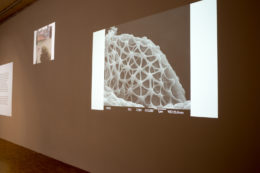 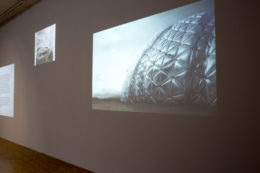 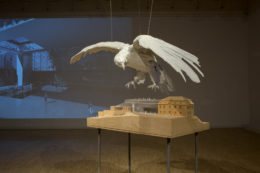 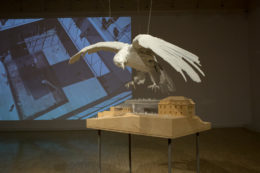 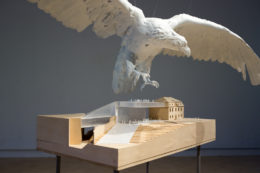 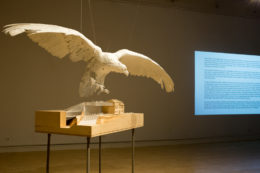 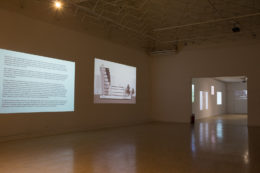