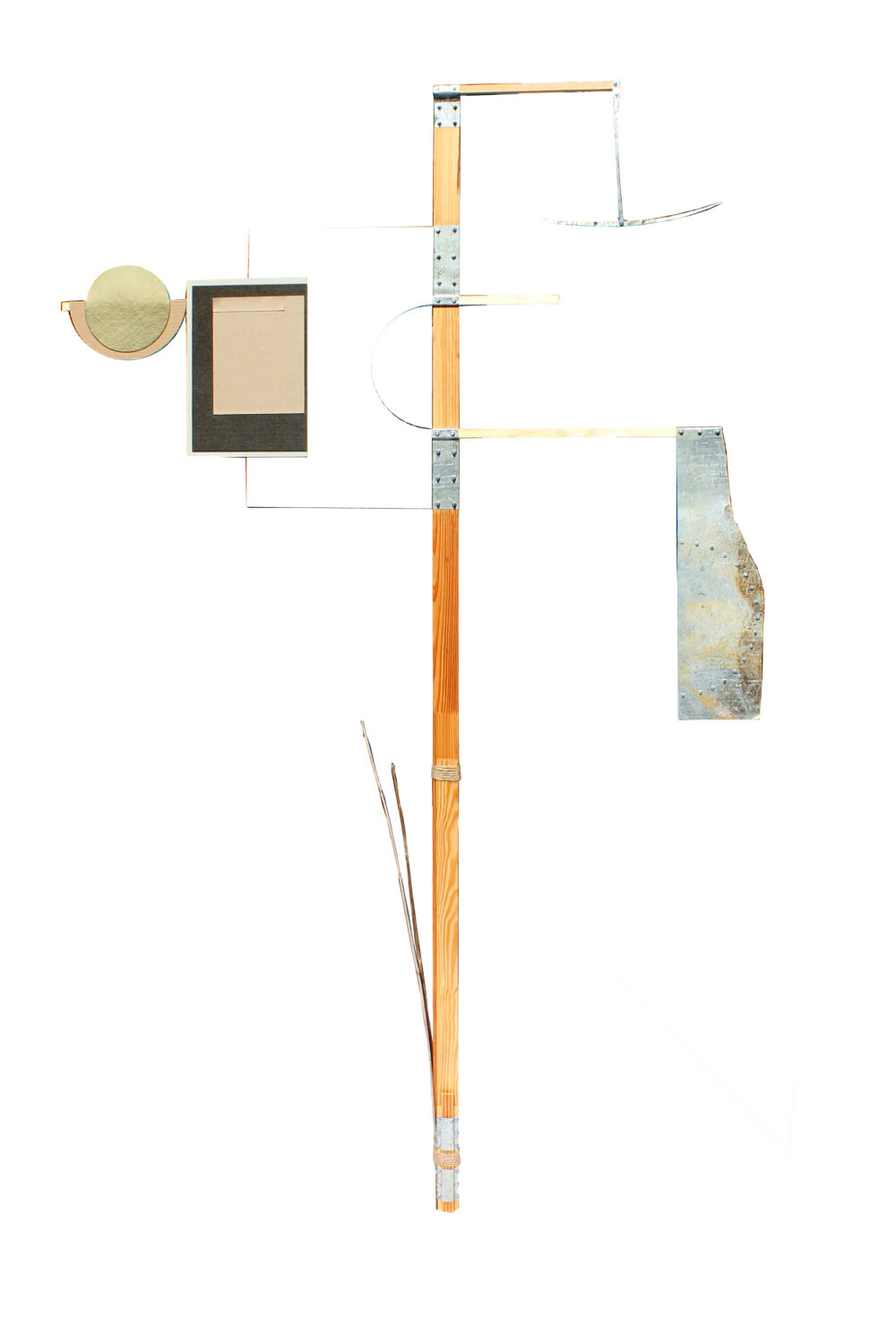 Prior to the exhibition, Mariusz Kruk in conversation with Bogna Błażewicz

B.B.: Could you kindly elaborate on the title of the exhibition?

Here I must refer to the issue that I have recently been interested in and that is, Symbiosis of opposites. One of his threads, which I show in the exhibition at the Arsenal, was entitled to Harmony of events. The point is that I’m looking for compatibility between situations or objects that are seemingly mutually exclusive. I mean here such opposites or extremes as, for example: hard – soft or pretty – ugly. I am convinced that certain elements are scattered all over the world, and we consider them according to our expectations or needs – for example: this is useful, that is not; this suits us at this time, that is no longer or not yet suitable. For my part, I’m looking for answers to the question of what they all have in common, what is the emotional, energetic or other relationship between them. Going back to the consonance of events or phenomena, it is precisely what makes these elements equal, beyond our expectations. Sometimes we set ourselves a hierarchy of things important and unimportant, yet they exist in the world, as forms or as facts. I try to see them in their entirety. How does it work? I show trite things or banal objects as “extraordinary”, as equally “unusual” as those we consider important to us. I pay attention to each and every presence of these forms and I wonder where there is consonance between them which makes them a single whole.

B.B.: What is the relation between your last exhibition at the Arsenał, Vertical, and the present one? It was meant to be its second part; what are the convergences, then?

M.K.: The title of that exhibition basically referred to a seemingly banal thing. There were many elements that were materially vertical. Of course, one could refer here to this old rule that I addressed what was heading from the depths of the earth to the sky – axis mundi. But is this explanation necessary? What’s the continuation? What started there was a kind of representation of extremes: white – black, good – evil, moral – immoral. But I must stress that I used a kind of symbolism. This has been intensified at the present exhibition; what is even more visible is that all the presented arrangements refer to what can be described as positive and negative.

B.B.: Do you find any references to the mystical realism of the Koło Klipsa era? If so, what are they? If not, has that idea burned out and you are no longer interested in it?

M.K.: I’ve been interested in it all my life, but I keep presenting different incarnations of it. I stick to this concept and show the world turned inside out, so to speak. We did it then, too, in that we showed the possibility of disposing of the form in a way that was not common at the time. Then we reached out a little bit to worlds that could seem fantastic, fairy-tale, mystical, and I continue to do so. Then it was also a discussion with some accepted truths. At that time in Poland we were destroyers of established order; now we could be called postmodernists, although I do not refer this notion to Koło Klipsa or to myself in the way it functions among humanists. It is more of an observation of the world in its manifestations, which we usually rank, systematize, define, describe, hierarchize, while I take note of the freedom of movement of these phenomena. Something is reprehensible, but when we look closely at it, we start to doubt as to whether it should be considered bad or worthless, not knowing the whole spectrum? But for the convenience of life, this is how it is done, because an in-depth analysis of the phenomena can lead to immobility. The destruction of order in art or intellectual inquiries can be intriguing but are very risky and dangerous in life practice.

B.B.: Do you make assamblages instead of traditional painting?

M.K.: This is quite an awkward question for me, because I am not contemplating whether I am departing from painting. Painting is a disposition of form and colour, an obvious thing – also space or perspective, and some other things could be added on the way… But it is not important for me to consider the technique which I use to express myself. Even when I paint, I am not attached to calling it painting, in the classical sense. I’m interested in form, both on the plane and in space. And I put it as I can and I recognize it. So everything depends on my intuition, considerations and skills. In my works I present reality the way I feel and see it. In my opinion, the world has become idiotic and so I decided that I have to match it. I don’t know yet and I don’t see the finale of this idiocy turn…