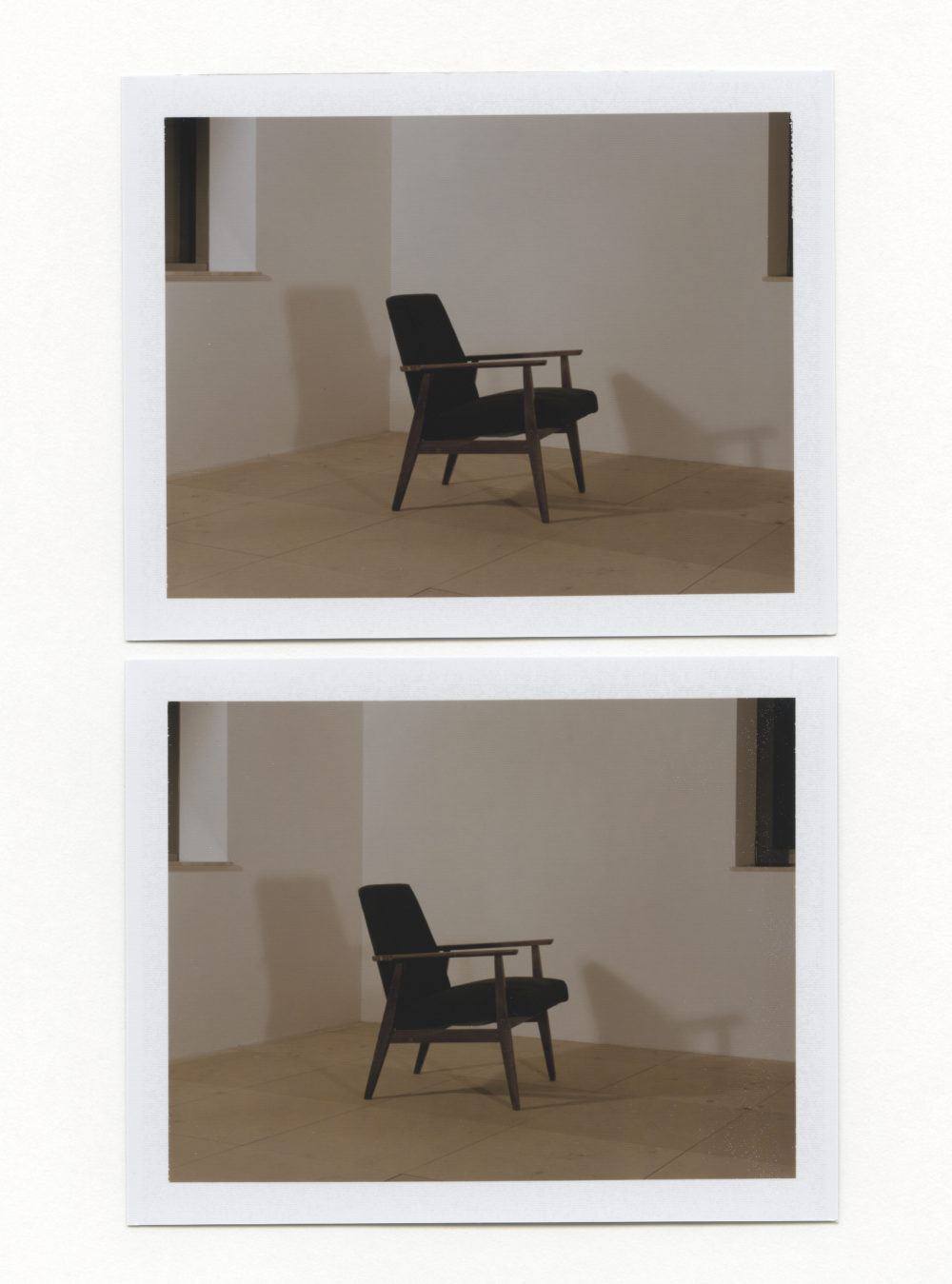 A Ten-Minute Break is a joint project by Paweł Bownik and Zbigniew Rogalski. It is a series of works founded on the combination of the technique of photography with a painter’s intervention. Paweł Bownik studied philosophy at Maria Skłodowska-Curie University in Lublin and photography at the Academy of Fine Arts in Poznań. His most famous works are the following series of photographs: Gamers, E-Słodowy, Dear Colleagues. His book Disassembly, published by Mundin Publishers, received the main prize in the 2014 Photographic Publication of the Year competition. The same book was nominated to the Kassel Photobook Award 2014. In 2014 the artist was nominated to the Paszporty Polityki Award. Zbigniew Rogalski, a painter and author of multimedia projects, is likewise a graduate of the Academy of Fine Arts in Poznań. He has exhibited e.g. in the Zachęta National Gallery for the Promotion of Arts in Warsaw, Ujazdowski Castle Centre for Contemporary Arts, Raster Gallery in Warsaw, Arsenał Gallery in Białystok, Muzeum Sztuki in Łódź, Hamburger Bahnhof in Berlin, Kestner Gesselschaft in Hanover, Kunsthalle Manheim, Zak Branicka Gallery in Berlin, Almine Rech Gallery in Paris, Akinci Gallery in Amsterdam, Jack Hanley Gallery in San Francisco, Site Santa Fe in Santa Fe, Krasnoye Znamya in Sankt-Petersburg, National Centre for Contemporary Arts win Moscow, Museum of Contemporary Art in Bat Yam, Sommer Gallery in Tel Aviv, Sprüth Magers Lee Gallery in London, Krinzinger Projekte in Vienna, The Letterkenny Arts Centre in Letterkenny, and in the Estonian Art Museum in Tallinn.

Bownik and Rogalski’s works scrutinise the presence of the person-model in the painter’s and photographer’s studio. The information that the sitter posing for this project is a theatre actor is an important fact that widens the context of the reception of this series. We therefore deal here with a man whose medium lies not only in his outward appearance, but also in his voice, which, for obvious reasons, we will not hear here. The time chosen by him to come to the studio and to pose as a model is at the same time a break in his stage work. The moment of the break is an opportunity to analyse the state of suspension, to see the potential if unrealised possibilities. It is also the time of rest, which helps to mobilise better before performing further duties. The moment when seemingly nothing happens is chosen as the most important moment around which the cycle of these works develops and in which everything that the artists want to convey to us takes place. A break is a time or a place, a crevice between activities, objects and materials treated as a certain logically connected continuity. It is, however, a completely arbitrary concept, depending on which part of reality we treat as significant. Bownik and Rogalski’s action brings out precisely the relativity of the notion. A break is moreover the outcome of Rogalski’s action, which disrupts the coherent surface of photographic paper and hurts it with drawing, introducing geometrical elements into a photographic study of a human figure. Rogalski’s minimalist intervention is a reference to Kandinsky, who observed that “the geometric line is the track made by the moving point (…) It is created by movement — specifically through the destruction of the intense self-contained repose of the point. Here, the leap out of the static into the dynamic occurs”[1]. The classic motif of a male model is also part of the tradition of the origins of photography, when it drew on patterns developed by painting conventions, introducing into them a significant motif of real time. The series by Bownik and Rogalski is also part of a long sequence of works where the artists presented the interiors of their studios, revealing the backstage of their workshop, which becomes an imaginary centre of their creative world. A Ten-Minute Break is a formal analysis of space, of the poses of the human body and of potential movement that evokes the material aspect of human existence in a particular period of time assigned to him or her. In On Beauty, Umberto Eco references Dürer’s etching from 1514 titled Melancholia I and indicates “the commingling of ars geometrica and homo melancolicus, in which geometry acquires a soul and melancholy a full intellectual dimension”[2]. The commingling of these aspects imparts a special significance to Bownik and Rogalski’s project.