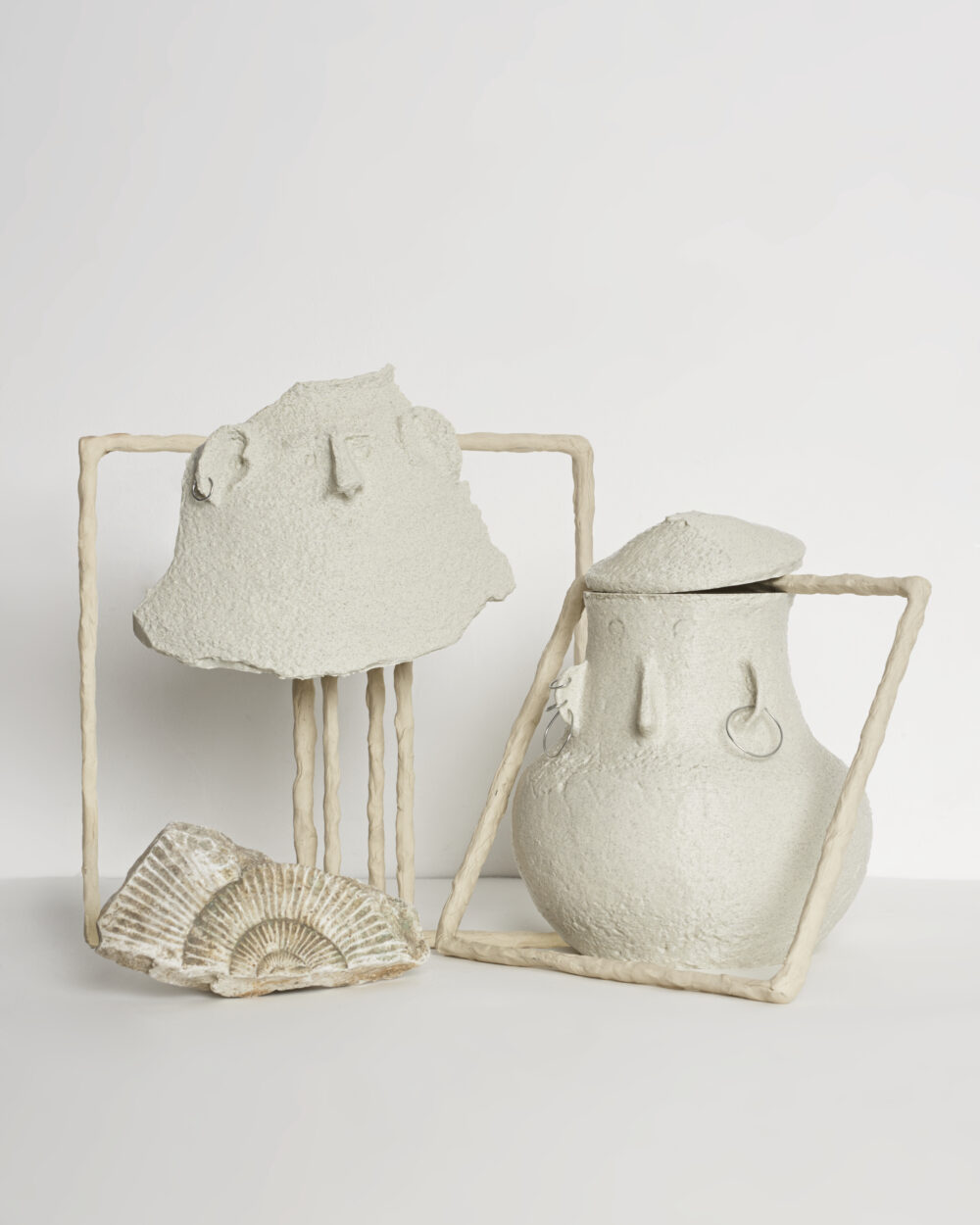 She’s a voice crying in the bathroom. She leaves a wet trail behind. She’s a water nymph impersonating multinational corporations. Her body is deformed by scales. Or a piece of a plastic bag. She cries saltwater with polypropylene particles. She secretes a sticky substance over the railings of the New York metro and flips over in the dried-up River Skawa. She rolls in the mud and puts her fingers in the cavities of the wet ground. She provides perverse pleasure. To herself and her. She talks about degradation, dwindling resources and the drinking water crisis.

She is said to originate in Slavic mythology. Apparently, because the water nymph is not merely approaching a border but is a border herself. Or better still: she is borders. Something in-between, beyond sex, beyond class hierarchy, something that cannot be inscribed into a grid and evades control structures. Something that is constantly impersonating and borrowing something else, from both the past and the future, as both are subject to subversion. She lends aquatic symbolism and archaeological relics, a hygienic dado popular in communist Poland and 19th-century iconography of water nymphs. She is the voyeuristic representations of young and beautiful women combined with patriarchal narratives about the nation. She is interested in the nymphs painted by Witold Pruszkowski, which were supposed to be Polish yet turned out to be too peasant-looking; the Pre-Raphaelite painting by John William Waterhouse, which disappears from the gallery in Manchester in the aftermath of the #metoo movement, and Jacek Malczewski’s series A Poisoned Well – an obsessive study of desire: reaching for water and drinking it, juxtaposed with a gesture of braiding.

She starts with the smell. The smell that you always sense after it has rained. It’s a mixture of ozone irritating for the nose, vegetable oils and geosmin. A chemical compound of earthy smell, which is released the moment bacteria die. That death is meaningful, too. Around the urn, or rather faces. Incarnations, as one of the goddesses’ lunar theory has it. Bulging vessels with eyes and noses. Some have ears. Some wear earrings, while others wear hats. Historical relics of Pomeranian culture. Dug out of the ground, hollowed out, examined and scanned, they are on the borderline, like the water nymph. They are borders like her. Half-empty. They belong to the Iron Age and to the future. They are one more waste of the Anthropocene and part of the neo-tribal summoning of the dead. Celebrating a forefathers’ night. The only difference being that, as Mickiewicz has it, they want to eat.

But that’s just one part of the story. “Nature knows no boundaries. Wide diluvial valleys have the same wet and humid climate. The great currents from the Atlantic have access everywhere. The main European watershed surrounds indigenous Poland, whose rivers all belong to the Baltic Sea basin. Rivers have wide and even beds. The decline is very slow. The Oder and Bug banks are very muddy”. This world, described in the History of Polish Culture, does not exist. Perhaps it never did. Nor can we find today the Branchinecta paludosa, the Clausilia dubia and the Notaris aethiops. There are many other creatures entered on the Red List. There are no Pre-Slavs who live in a utopian arcadian landscape, in symbiosis with nature, without categories such as nation or class imposed on them. They don’t collect herbs, don’t give votive offerings to water and don’t burn clay vessels, epiphanies of a female deity. Alas, there are none. The water nymph smuggles it all into augmented reality. The market square in Poznań gets submerged by water again.

This panorama is an archaeological-futuristic Frankenstein. Like a computer game, where you play for the pleasure of the game itself. The water nymph walks around, donning the mask of ancestors, plays with the stereotypes of gender roles, the idea of a dusty museum and the history of Lusatian culture; a culture that both Poles and Germans continue to argue about. She rewrites something and recovers something. She forgets about something. She believes that water – just like ghosts – must be fed. And those who feed water with themselves believe that this water will saturate them.

The water nymph is a wet and humid borderland. It is, for example, a girl plaiting braids, who – as Lucjan Rydel wrote in an equally patriotic interpretation of the Malczewski series – sees the future at the bottom of a poisoned well. And maybe she sees, as Olga Tokarczuk wrote, people who fell into this well a long time ago and at the bottom of it they were making a life for themselves, thinking that this well was their whole world.

According to American scientists, due to global warming and the melting of glaciers, by 2050 AD the sea level will have risen by 15 meters.

Apparently, in archaeology, if you don’t know what something was used for, you say it was linked to worship. Someday someone will probably find this island of plastic and come across these 3D printed urns. Maybe they’ll also find a pen drive with a water world substitute. And maybe he’ll put it on a shelf that says “worship”. Maybe he’ll think of us as zombies, barren and hollow, alienated from their natural environment. A zombie which codes the degradation and transformations of the earth, the exploitation of capitalism, and which experiences nature in the form of a structured plantation. A zombie does not feed; it never ceases to be hungry.

The exhibition will be accompanied by a performance.

Collaboration: Museum of Archaeology in Poznań 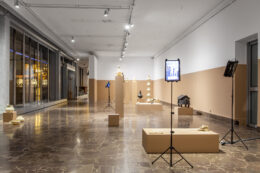 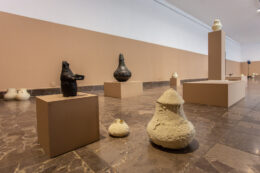 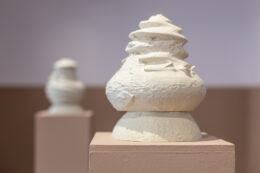 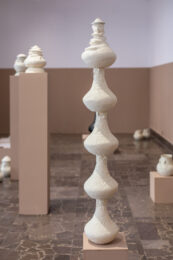 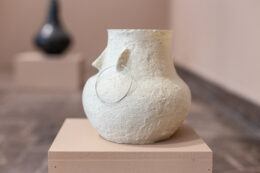 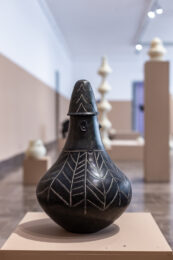 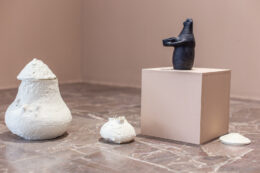 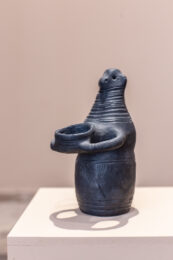 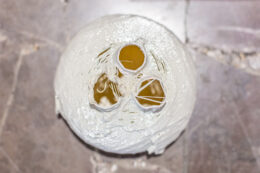 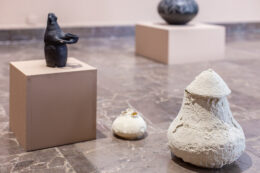 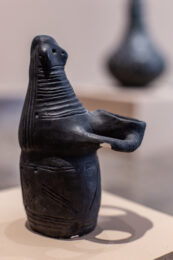 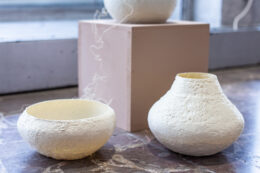 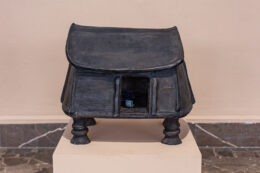 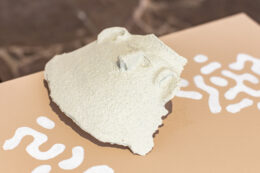 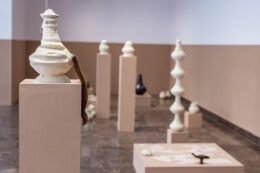 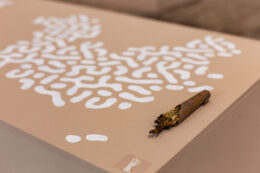 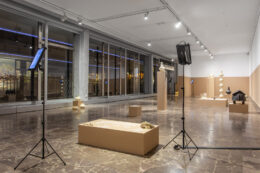