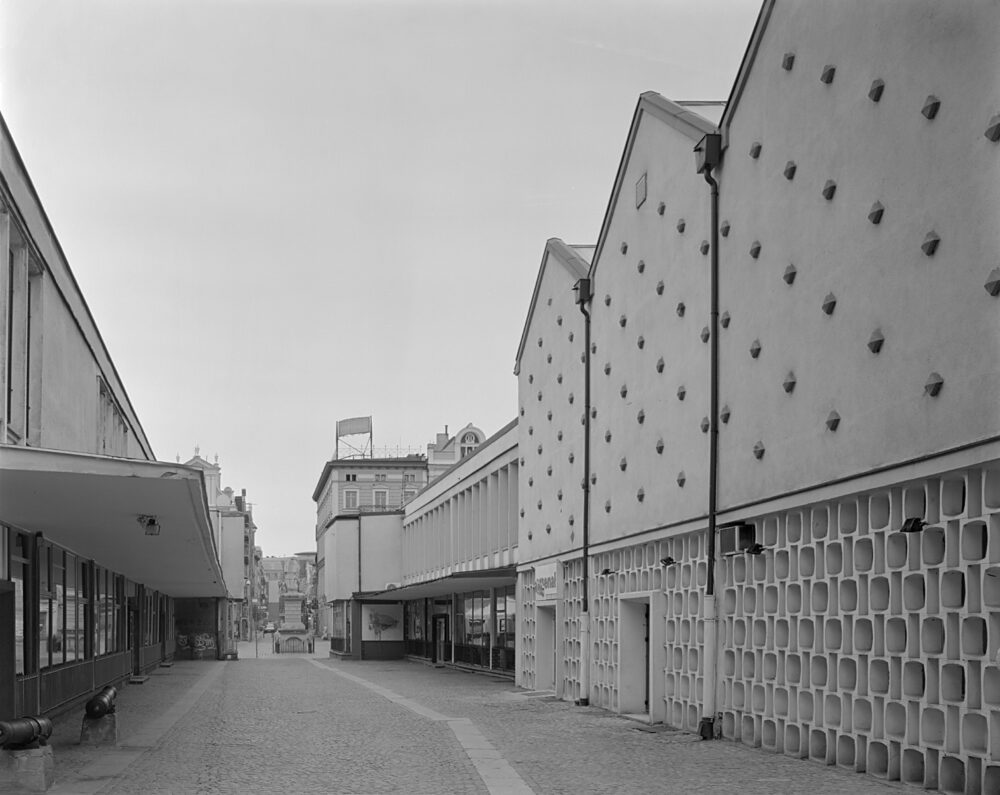 Hubert Czerepok’s State of Danger, a sound installation, addresses the issue of the role of the state in defining and supervising social behaviour in emergency situations. The work was inspired by the messages broadcast by police cruisers and municipal police cars in Polish cities during the first months of the Covid-19 pandemic. The messages announced via megaphones defined a state of danger and called for leaving the streets, keeping social distance and the sanitary regime, intensifying the surreal sense of horror and social apocalypse. Deconstructing the persuasive techniques of a traditionally disciplined and hygienic authority, the artist decided to use the same method of communication in connection with another threat, certainly much more dangerous than a pandemic. As the eminent director Krzysztof Warlikowski said in his address to the European Parliament, "Today, nearly 40% of Poles do not understand what they are reading and another 30% understand little. Every tenth primary school graduate cannot read. As many as 10 million Poles (about 25%) do not have a single book at home. One in six Polish university graduates is functionally illiterate. 6.2 million Poles are outside the culture of writing, i.e. they have not read anything, not even an article in a tabloid. 40% of Poles have problems reading timetables or weather maps. The data as so unbelievable that they actually sound funny. And yet, they are horrifying."

Hubert Czerepok refers to this state of horror in his sound message. It is a mental and educational disaster that demands immediate action, perhaps even more decisive than during an epidemic of a virus attacking the respiratory system. The threat, or rather the state of decline to which the artist draws attention, affects the very foundations of social life and directly threatens its future. Progressive illiteracy means a state of idiocy which prevents constructive social communication and contributes to the increasingly severe exclusion and isolation.

Hubert Czerepok is a graduate of the Academy of Fine Arts in Poznań and Jan van Eyck Academie in Maastricht. Formerly connected with the Poznań-based Galeria ON. His works have been on display e.g. at a Sydney Biennale, at Zachęta in Warsaw, Labirynt Gallery in Lublin, and Arsenał galleries in Białystok and Poznań. In 2015, he made a sculpture titled The Fence of Hatred for the Polin Museum; instead of traditional elements, the fence features hate speech phrases copied from Polish city walls.