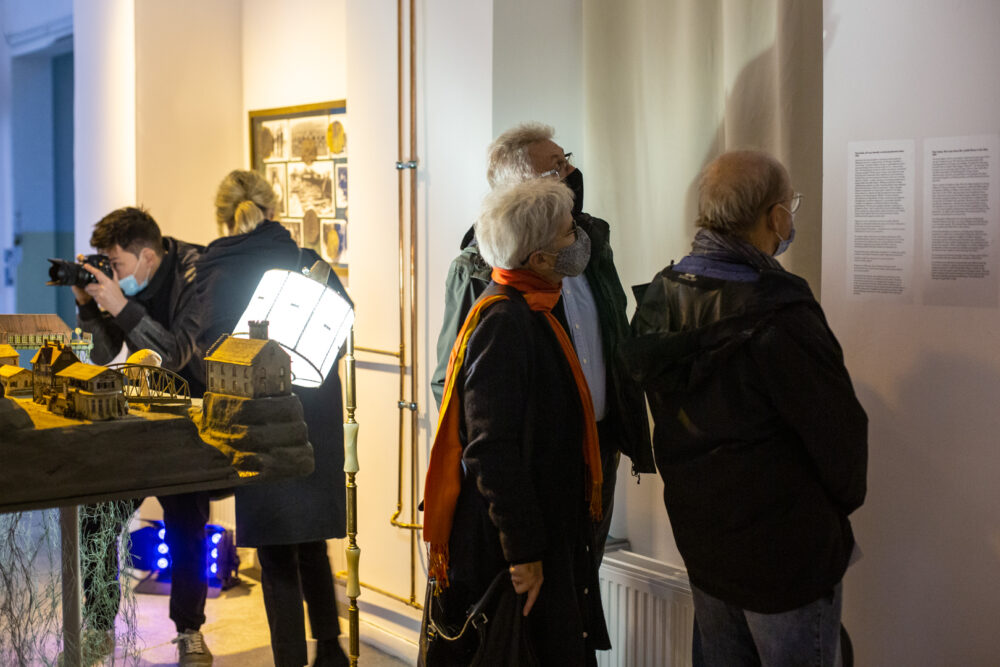 “[…] we can begin to think of cities not in terms of needs we already know but in terms of diversities whose connections we do not know”.

Cities can no longer be seen as spaces inhabited exclusively by human communities that give themselves permission to ravage non-human habitats. By losing wild spaces, we all lose refugia and with them the biodiversity necessary for sustainable development and long-term processes of renewal of the planet. Refugia serve not only as temporary shelters, but also provide a chance to implement adaptive change and forge new alliances necessary for a multi-species future of our planet. Artists taking part in the exhibition — Natalia Bażowska, Michalina Bigaj, Kuba Czech, Daniel Koniusz, Piotr C. Kowalski, Jarosław Kozakiewicz, Piotr Kurka, and Anna Siekierska — allow us to see that urban refugia are located amongst the enormous pollution, unprocessed waste, in post-industrial micro-areas and cracks and fractures within the infrastructure. Despite the unfavourable conditions generated by cities, these refugia help their non-human inhabitants. At the moment, with the influx of new species and the emergence of mutants, the relationships within the existing interspecies communities are becoming increasingly complicated.

In order to survive in the face of the current environmental crisis, we must re-learn numerous forms of curiosity, suggests the American anthropologist Anna Tsing. Interested in the fate of our non-human co-inhabitants, we can ask tough questions about how networks of human–non-human relations are formed within contemporary cities? What humans and non-humans can actually find refuge within the city, under what conditions, and to what extent? Are human habitats really becoming refuges for rare, threatened and even endangered species and entire disappearing ecosystems? Can unwelcome species and underestimated forms of life take refuge in the city alongside humans? Now, as we finally begin to accept urban spaces as ever-expanding and self-modifying multi-species ecosystems, where non-human inhabitants must finally be seen, taken into account and respected, it is crucial to urgently answer these questions.

However, protecting our natural environment cannot consist in restoring a “more natural” state by inhibiting change and abandoning all actions. While the undeniably negative changes to the environment are irreversible, remorse and a paralysing sense of loss are not a fully adequate response to what is actually happening right now. In certain locations, some of the Anthropocene’s consequences may even support biodiversity. Because of climate change, certain species migrate and appear in previously unseen places, and anthropogenic habitats have the special ability to accommodate species that are new or previously considered rare in a given area. As such, the Anthropocene is characterized by the formation of new hybrid species that often have the best chance of survival. And although the total number of species on our planet is decreasing, biodiversity is increasing locally in many parts of the world.

While some species are invasive and may threaten entire ecosystems, this does not yet determine the scenarios for the future of urban biodiversity. In the face of rapid global change, it becomes necessary to form a new perspective that will not exclude either newcomers or mutants. Even in the face of nostalgia for what is lost, brand-new hybrids and visitors from other parts of the globe cannot be considered inferior. Where – within the city –is there room for these non-human cosmopolitans, aliens, fugitives, and asylum seekers? Is it possible to be safe in the city without one’s own space, home, or shelter? What are their chances of finding shelter not so much in institutionalized refuges, but simply under the sheltering sky of the city.

The exhibition is accompanied by a book publication.

The exhibition was created as part of the project Biodiversity of a life-friendly city. Extinction and survival of species as cultural heritage.