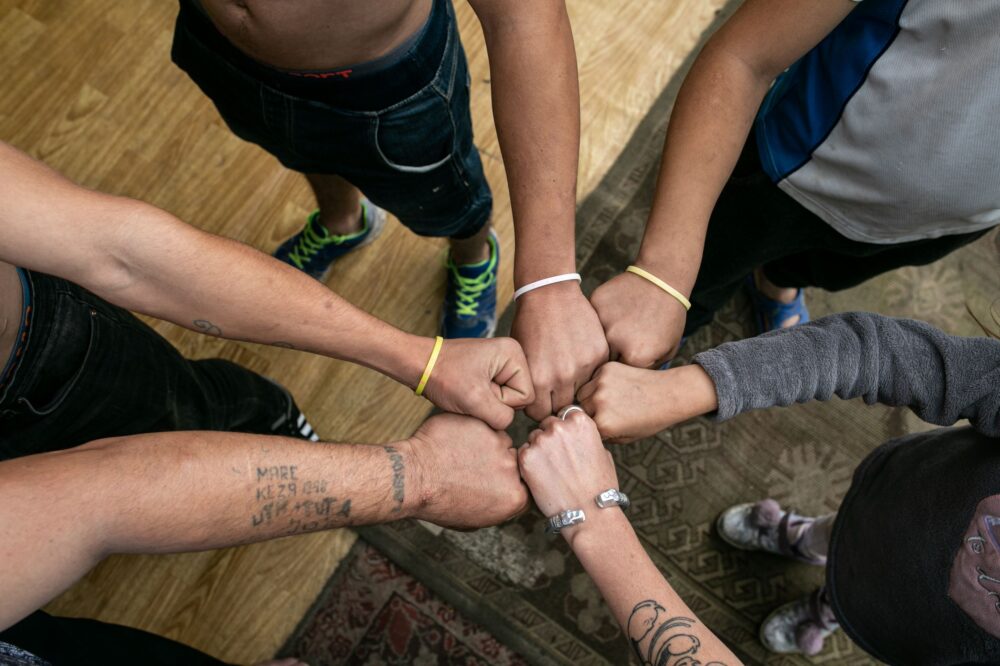 The aim of the meeting is the discussion on the temporary forms of habitation from the perspective of forced relocation and the need for adjustment to new standards of living. We will discuss the subject of free settlement and nomadism. The debate is a part of the cycle In/visible Neighbours ("Sąsiedztwo nie/widzialne"), which aims to build a platform for cooperation and discussion about the neighbourhood, racism, education, and many forms of exclusion.

Katarzyna Czarnota – PhD student at the Faculty of Sociology at Adam Mickiewicz University, Poznań. In her research she uses the critical action-research methodology and focuses on the ways of combining theory with research practice and social action. She has worked with e.g. with Questions of Boundaries Research Group, University of the Arts Poznan, The Centre for Migration Studies at Adam Mickiewicz University, the Polish edition of La Monde diplomatique. Co-founder of the Greater Poland Tenants' Association.

Veda Popovici – a political worker based in Bucharest. Besides organizing, she engages through art, theory and teaching with a special interest for decolonial thought, intersectional feminism, anti-fascism and material possibilities of creating the commons. Her political work has developed through various anti-authoritarian, anarchist and feminist collectives such as Macaz, the Alternative Library, Dysnomia and the Gazette of Political Art. Dedicated to radical housing action, she has cofounded the Common Front for Housing Rights in Bucharest. Since 2019 she is the facilitator of the European Action Coalition for the Right to Housing and the City and in 2020 she is a campaigner for the national federation for radical housing justice Block for Housing.

with the participation of: Adam Bodnar, Veda Popovici