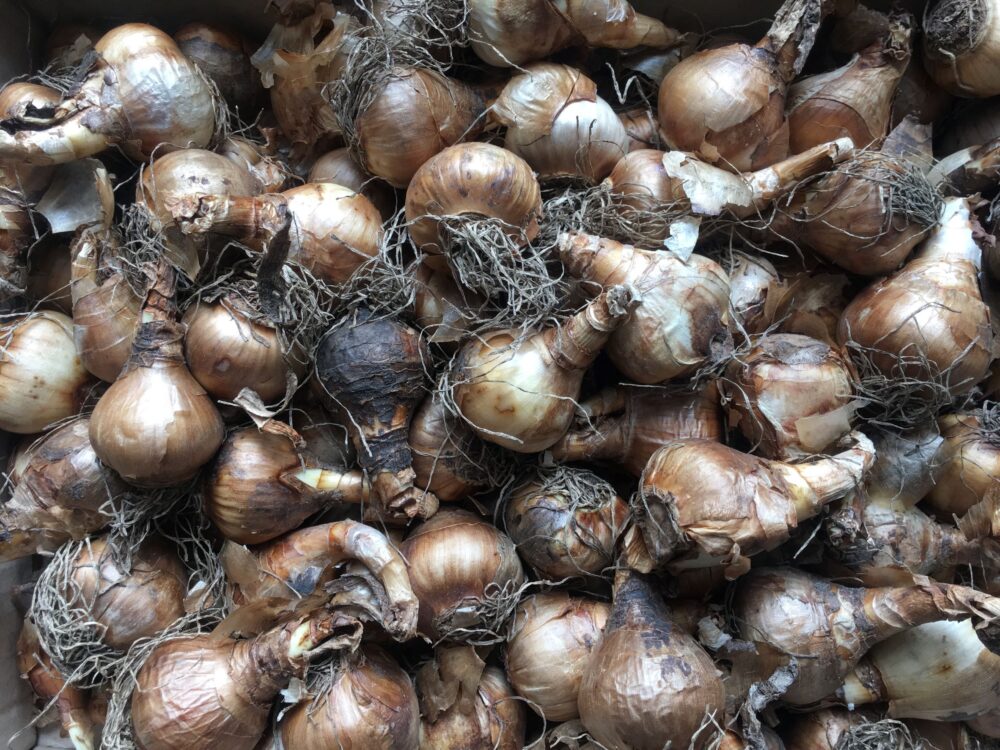 Officially, the Szyc Stadium does not exist, so this map and legend are used to explore a space that does not exist or exists simultaneously in several realities. Bryophytes, plants, animals, fungi, the living and the dead all interact with each other, the concrete, and steel. The cycle of life and death goes unnoticed here, among the dark and silence.

Officially, the Stadium is not a stadium; it does not stir emotions nor attract crowds. It represents the literal opposite of exertion and excitement: an unproductive existence in the dark, without the crowds in the stands, referees, and podiums. It is a unique habitat for over 25 species of birds (up to 67 during the breeding season), 4 species of bats, 6 species of bumblebees and countless other insects, 40 different species of trees, and even a hideout for a family of foxes.

The blossoming of the abandoned stadium illustrates the power of cracks within the urban space. The power of self-seeders that struggle with human overproduction and order. The power of animals and plants that, when given the chance, could save the world. We celebrate transformation and commemorate through transformation, we look for a possibility to create an alternative kind of monument; we listen to the stories and the sounds of this place.

The aim of the exhibition is to facilitate a journey through spatial, temporal, genre, and parallel realities. It aims to explain the polyphony that can be heard between 57 and 63 meters above sea level. It consists of a map of the stadium featuring important elements of the ecosystem and a legend that obscures more than it illuminates. The audio play was recorded during a walking relay in which the story was passed by word of mouth. The objects resonate with the creative parts of the stadium space and refer to the communal, direct gardening action that will take place during the exhibition. Planting 2000 daffodils in the stadium will be an attempt to heal this space.

(please bring a gardening spade, trowel, or a spoon) 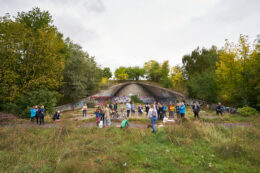 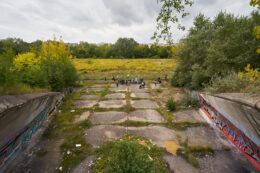 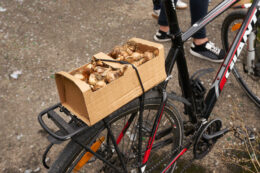 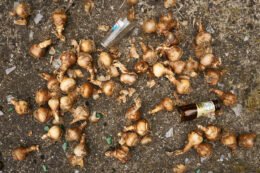 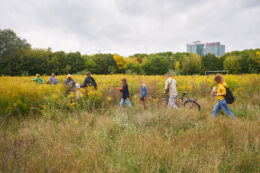 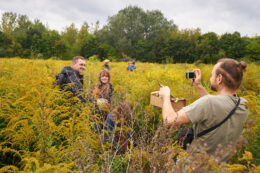 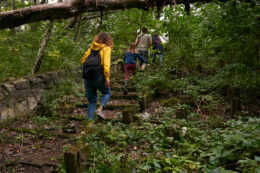 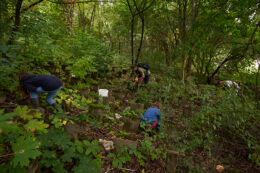 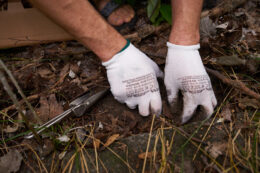 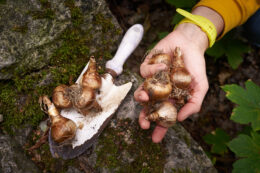 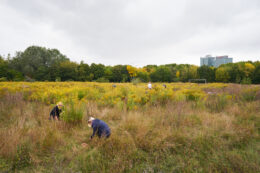 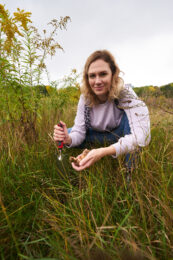 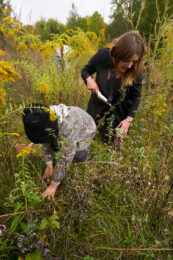 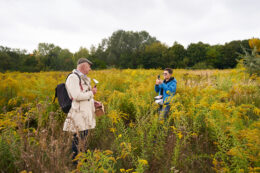 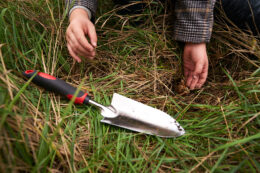 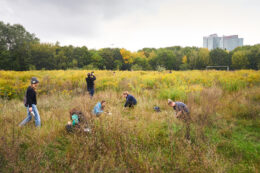 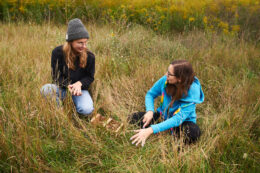 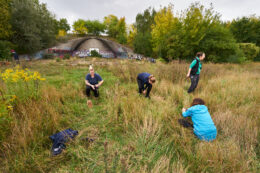 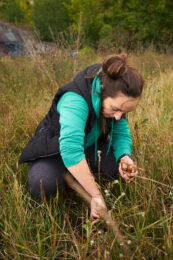 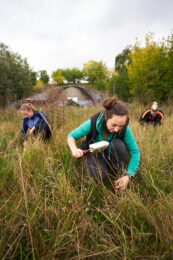 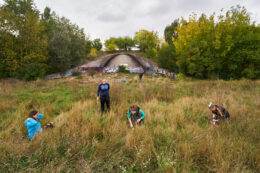 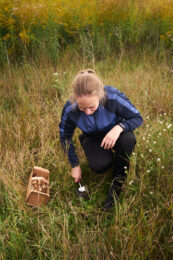 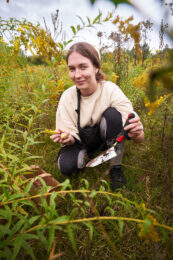 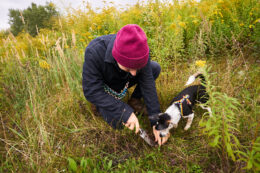 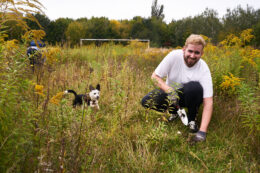 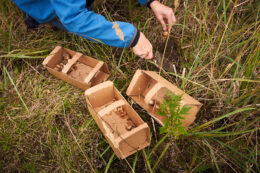 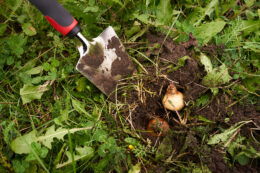