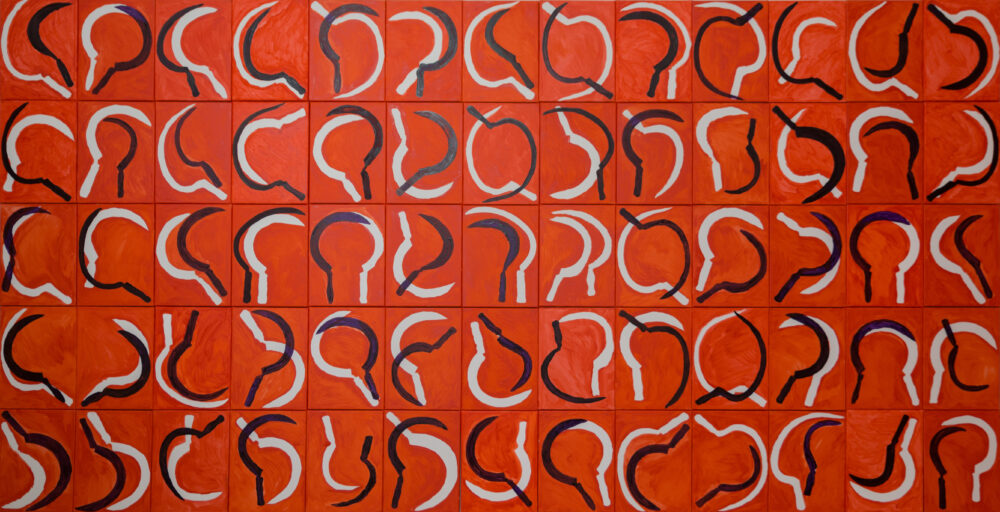 Events about contemporary Belarusian art organized in cooperation between the Studio of Modern and Contemporary Art, Department of Art History UAM and Arsenal City Gallery in Poznan, financed by the UAM Foundation.
*Aleksei Borisionok is a curator, writer and organiser, who currently lives and works in Minsk and Vienna. He is a member of artistic-research group Problem Collective and Work Hard! Play Hard! working group. He writes about art and politics for various magazines, catalogues and online platforms. His writings were published in "L'Internationale Online", "Partisan", "Moscow Art Magazine", "Springerin", "Hjärnstorm", "Paletten", "syg.ma" among others. In his current research he focuses on the temporalities of postsocialism.
*Magdalena Radomska is both a founder and e head of Piotr Piotrowski Center for Research on East-Central European Art. She is Post-Marxist art historian and historian of philosophy, Assistant Professor at Adam Mickiewicz University in Poznan, Poland. She holds a PhD in art history, and has received scholarships at the Courtauld Institute of Art in London, the Hungarian Academy of Sciences in Budapest and at the Eötvös Loránd University in Budapest. She was a director and lecturer of the course Writing Humanities after the Fall of Communism in 2009 at Central European University in Budapest. In 2013 her book "The Politics of Movements of Hungarian Neoavantgarde (1966-80)" was published. Currently Radomska is engaged in a research on the Post-Communist art in Post-Communist Europe (grant received from the National Science Center), preparing the book Post-communist Art in Post-communist Europe and criticism of capitalism in art (book: "The Plural Subject: Art and Crisis after 2008") and - as her second PhD – she is writing a monograph on Post-Marxism. She is a member of both Polish and Hungarian AICA and editor of magazine Czas Kultury.
*Vera Zalutskaya (1991) – contemporary art curator and coordinator. Has an MA in Art History from the Faculty of Arts, the Jagiellonian University in Krakow, BA in Arts from European Humanities University in Vilnius and in Culturology: comparative studies of civilization from Jagiellonian University. Interests mainly in art of Eastern and Central Europe in the context of postcolonial studies. She was curator and co-author of individual and group exhibitions in Poland, Belarus and Serbia, where in 2018 she took part in international residential and educational project "What Could / Should Curating Do?". During 2015 - 2017 she was working in the Contemporary Art Gallery Bunkier Sztuki in Kraków as an assistant curator. In 2020 together with Yulia Krivich and Yuriy Biley she co-founded the ZA*Group working on issues of migration and living in Poland of foreign artists, their first project was the ZA*ZIN publication. Since 2021 Blok Magazine editor. Actually lives and works in Warsaw.
Photo: Raman Tratsiuk
Newsletter
Municipal Gallery Arsenał