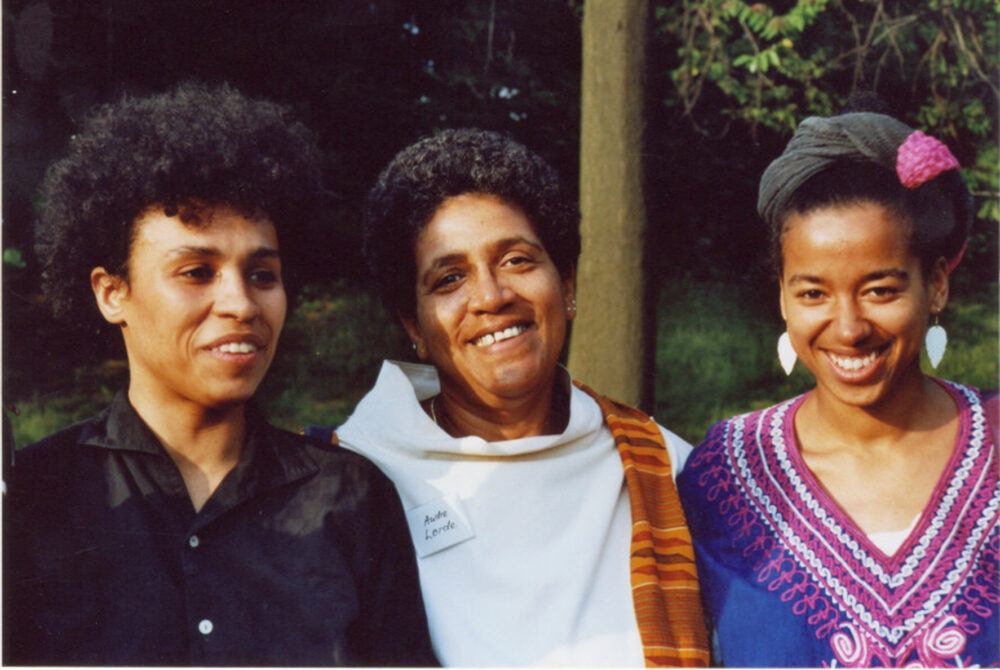 Audre Lorde was an African-American poet, activist, warrior, mother and lesbian, as she called herself.
Between the years 1984-92, she often visited Berlin, where she inspired the emergence of the Afro-German community. Their biographical stories were collected in the publication 'Farbe Bekennen / In Our Own Words’.
At a time when the Berlin Wall was collapsing and most of Europeans were celebrating, Lorde insisted on Black rights and asked if they could feel safe in a changing world.
In the last years of her life, the poet was struggling with breast cancer, as she described in her book "The Cancer Journals". The disease was an opportunity for her to get to know herself in an extreme situation, a challenge, not a fate.
Film director, sociologist, bookwriter and professor Dagmar Schultz accompanied Audre Lorde on her visits to Berlin. The documentary materials she collected at the time formed the basis for the creation of a full-length film in 2012.
photo Kath. Oguntoye. Audre Lorde, May Ayim 1984
Newsletter
Municipal Gallery Arsenał