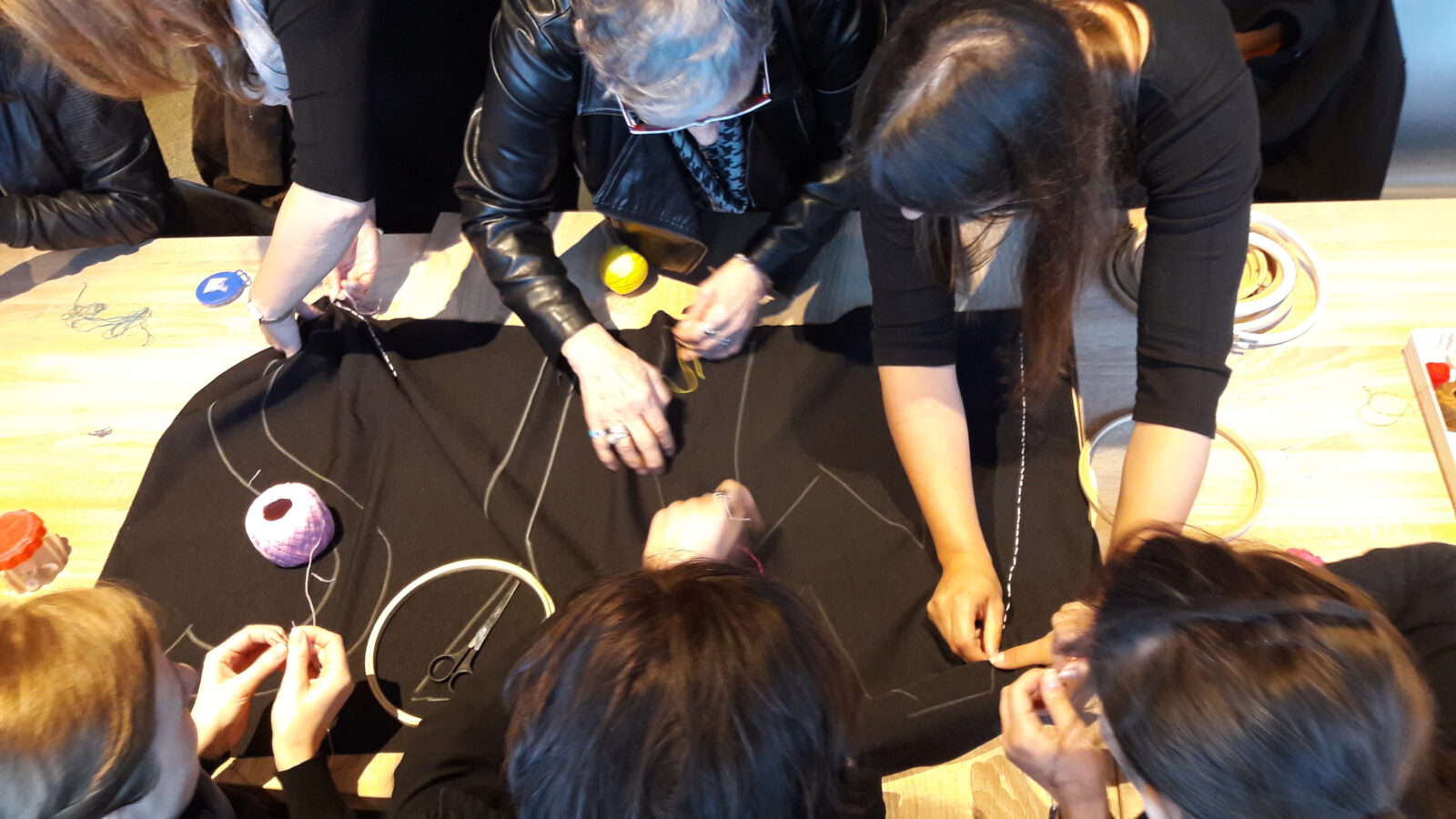 A performative meeting and workshop dedicated to the craft of embroidery.

The meeting is run by the Złote Rączki Collective which runs the Złote Rączki Embroidery School for Women and Men, being the smallest cultural institution in the world dealing with teaching the skill of embroidery. The Collective representatives will talk about their awareness-raising activity called Occupational Embroidery, supposed to expand the group of male and female soldiers who change the world through their skill. They will also show the basic stitches of flat embroidery, such as: split, French knot, satin, and chain.

The Złote Rączki Embroidery School for Women and Men has operated since 2014; in October 2016 it changed its formula. It is no longer run by Monika Drożyńska, but by the Złote Rączki Collective, involving the school students invited by the artist. The main activity of the school is to popularise traditional embroidery techniques, including flat and cross stitching, and historical techniques. The collective moreover conducts classes for beginner embroiderers and for those who want to explore techniques of embroidery. It has made a name for itself by embroidering banners and promotes embroidery activism. There is a library and a reading room in the school. The library includes books, newspapers, magazines, and zines in the field of embroidery, politics, feminism, activism, art, and fashion. Lesson fees are settled within forms of economics based on the exchange of goods and services. The banners embroidered during the Occupational Embroidery meetings go to the library, from which they can be borrowed for a demonstration.